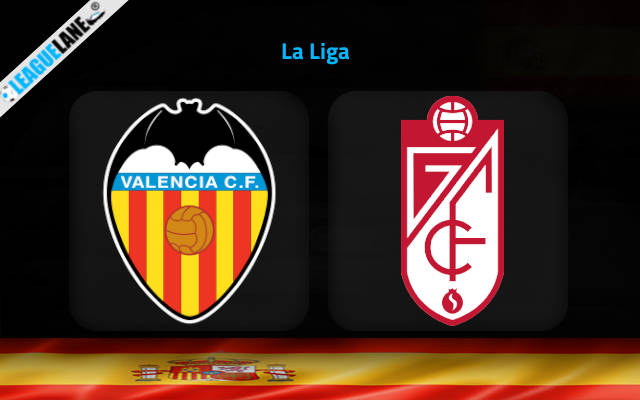 This year is certainly not good for Granada, as they couldn’t secure a win even after playing 8 league games in 2022. Their 5 game losing streak has ended on a draw in the previous week, booking another stalemate. Valencia finally found a win this year on the past fixture after enduring 7 games denying all 3 points. With only 8 points and 7 places apart, the Nazaríes will be traveling to Estadio de Mestalla this weekend hoping for their first win of the year.

Granada is at the 17th spot on the standing with 25 points from 26 games. They won 5 times in the league while drawing on 10 and losing on 11 other occasions. They scored 27 in total while conceding a sum of 40 which shows some improvement in defense is needed.

In their previous fixture, the visitors made a goal-less draw in the LaLiga with Cadiz. The attacking players from Granada have had real problems scoring goals over their previous 6 encounters, netting the poor return of only 3.

On the other hand, Los murciélagos reside at the 9th position on the table with 33 points. Of the 26 matches played, they won 8 games while drawing and losing 9 matches each. Their total goals to conceding ratio stands at 38:42 so far in the league.

After back to back league losses, Valencia won the previous fixture against Mallorca by 1-0. In their past 6 games, José Bordalás’s squad have hit the back of the net 6 times earning an average number of goals scored per match equals to 1.

The home team have not lost a league tie with Granada in their last 2 games but have not won at home in their last 4 league fixtures. As for the visitors, they haven’t won on road since the past 7 league schedules.

We however predict a win for Valencia, as the visitors are awful on road, losing the last 3 away games in a row and last time they won an away fixture was 3 months back.