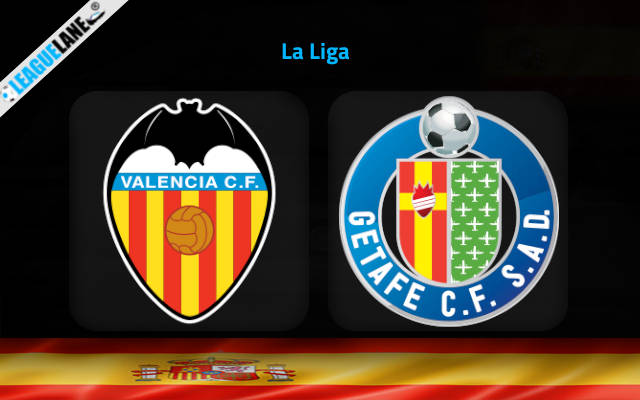 Valencia and Getafe will close Sunday’s program in La Liga with their fourth round clash at Estadio de Mestalla.

The hosts will be hoping to bounce back after successive 0-1 defeats to the likes of Athletic Bilbao and Atletico Madrid.

The clash against Getafe indeed provides Valencia a nice opportunity to return to winning ways as they picked up a 1-0 win over Girona on the opening day at Mestalla.

Los Che play tight defensive-minded football under new manager Gennaro Gattuso. They are up against another defensively-oriented squad here and we do not have too many reasons to expect a high-scoring affair here.

Getafe have only managed to find the back of the net once so far in the season. On a positive note, they did hold Villarreal to a goalless draw last Sunday at Coliseum Alfonso Perez.

It was a great result in comparison with the team’s opening two fixtures and tough defeats to Atletico Madrid and Girona.

We can see plenty of opportunities for Valencia to score here knowing that Getafe have shipped three goals in each of the inaugural two matches of the season.

It is also very important to mention that Getafe had a terrible away record last season in La Liga. Azulones won just 1, drew 8, and lost 10 of 19 league outings on the road last time out.

The teams have a win, a draw, and a defeat each in the previous three head to head meetings.

Valencia were much more successful in the history of the games at Estadio de Mestalla where they claimed 12 wins, 5 draws, and only 3 defeats in the last 20 encounters with Getafe.

We only saw a single goal in the last season’s head to head matches between these two teams.

Neither Valencia nor Getafe have shown great attacking form at the beginning of the new season, scoring just a goal apiece in the inaugural three rounds.

The Under 2.5 goals FT is thus our preferred betting option and you can back it at the odds of 1.50. Since Valencia have dominated this matchup at Estadio de Mestalla over the course of history, we will also go with the home win pick at the 1.90 odds.