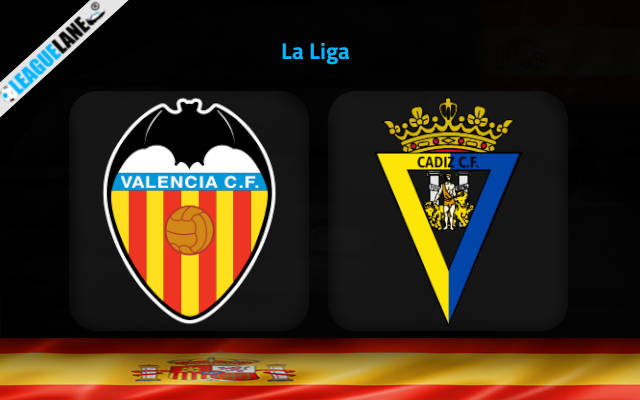 Valencia took advantage of the easier schedule to break into the top half of the league standings with a streak of three wins and a draw in the previous four Matchdays.

They have also added a 1-0 victory over Athletic Bilbao in the first leg of Copa del Rey semifinal to the mix as well.

Los Che have primarily improved their defensive performances of late. They have conceded only one goal in the last five matches in all competitions.

Valencia will get a nice chance to maintain their fine spell of form after the international break as they play host to relegation strugglers Cadiz in the 30th round of the competition.

The visitors have also tightened things up defensively in the recent weeks. They provided one of the best displays of the season two weeks ago in a 1-0 victory over Villarreal.

It is not easy to limit Villarreal’s impressive attacking line to just three attempts in total during the 90 minutes of play and this is exactly what Cadiz have done in the previous Gameweek.

The visitors kept three clean sheets in the last four La Liga outings. However, they also lost three and drew one of the last four away matches in all competitions.

The streak involves a 2-1 defeat to Valencia in the Copa del Rey quarterfinal played exactly two months ago.

Both teams have improved their defensive performances significantly in the recent games and we can hardly look past the Under 2.5 goals FT bet at the odds of 1.61 here.

We also fancy the home win at the 1.85 odds knowing that Valencia won four and drew one of the last five matches across competitions.