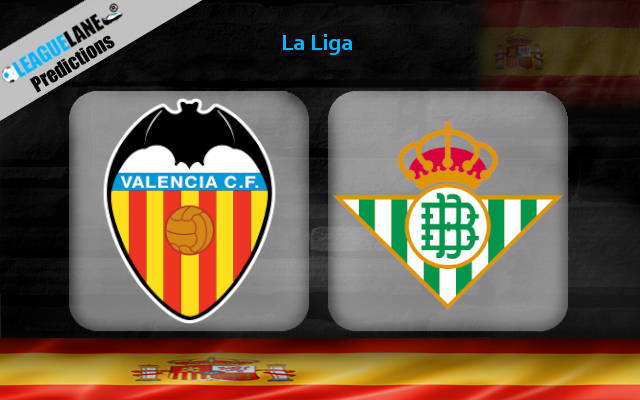 Valencia has showcased a mixed form at the start of this new season. And at home, the Bats have been unbeaten in the two clashes so far this term in the campaign.

Their previous encounter was on the road and they defeated Real Sociedad with a 0-1 score on the board. It was their second win in the fourth appearances last time out in the schedule.

Betis started off the season with two consecutive wins with clean sheets in each. Their opening match was on the road and they had a 0-1 win against Alaves in that clash.

They won a home match later, but then it was two defeats in a row for the Big Greens. They will visit on the back of a 3-0 loss on the road against Getafe last time out in the campaign.

Estadio de Mestalla will witness yet another entertainer when the Bats are put together in the middle with Real Betis. The latter have been successful only once in their last nine h2h meetings. Starting with that, we can assume that the host with their ground advantage is probably the favorites to win.

Valencia enjoys the ground advantage and has lost to Betis only once at home since 1990. In that long period, the visitor has tried their best but never had luck. Since they are on the back of a losing streak, it doesn’t seem to change in the upcoming match too.

To be safer, the double chance favoring Valencia in the encounter will probably be the best bet for the punters to yield decent returns. Besides, we can expect a couple of goals in the match as both the recent home matches of the Bats have seen both teams score.

Based on those stats, the tip for over 1.5 goals will probably come in handy. Apart from that, the tip for BTTS will also tag along from the goals area as both have good probability in the ninety minutes at Valencia grounds.