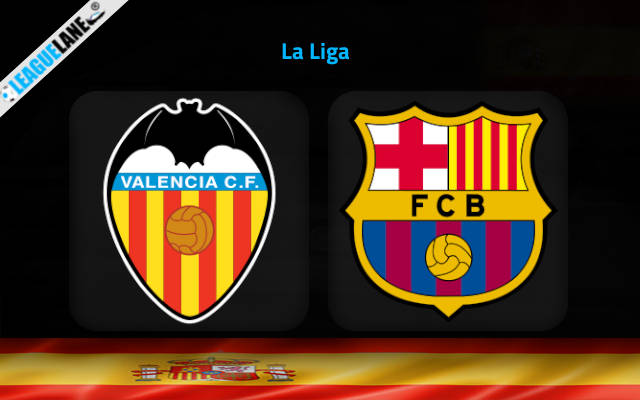 Barcelona responded to the defeat to Real Madrid in El Clasico in the best possible way, picking up two comprehensive clean sheet wins on the spin at home against strong rivals.

They will be looking to maintain this fine streak on Saturday evening with the away clash against Valencia in Gameweek No 12.

Valencia will enter the tie in a completely opposite mood having claimed just two points from the previous three league rounds.

Los Che suffered a 1-2 home defeat to Mallorca last weekend to drop to the ninth place in the league standings after a solid start to the season.

Head coach Gennaro Gattuso can be worried about the drop in form of his defensive line. Valencia did not keep a clean sheet in five straight league outings.

Also, Gattuso’s men conceded at least two goals in three of the previous five matches. This will be the music to the ears of the league’s top scorer Robert Lewandowski who increased his league tally to 12 with a brace in the last weekend’s 4-0 drubbing of Athletic Bilbao.

Real Madrid and Barcelona just look too strong for everyone else in the league this season. Barcelona were not even challenged by the likes of Villarreal and Athletic Bilbao at all in the previous two rounds.

We expect another easy win for the visitors who are worth backing to win by at least two goals difference at the 2.40 odds. You can also hardly go wrong with Robert Lewandowski to score anytime at the odds of 1.83.