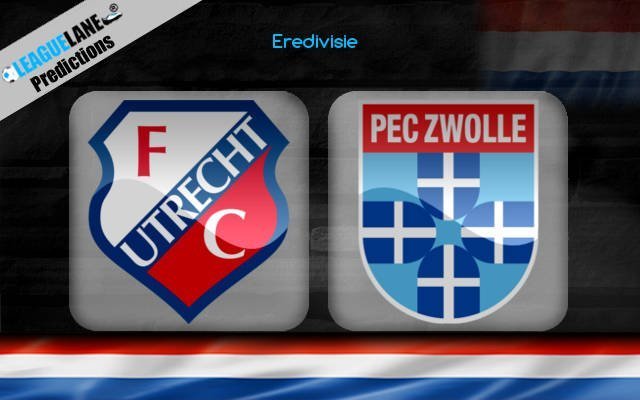 Utrecht made some good moves in the transfer market and hired former AZ manager van den Brom to guide them, but their season kicked off with a disturbing loss in Europa League Qualifers to Bosnian side, HNK Zrinjski.

They bounced back straight away, though, with an emphatic comeback win over Den Haag in the Week 1 of the Eredivisie Championship. They conceded two goals after set pieces, but reacted fast, levelled the score before the half-time and took care of business in the second half.

PEC Zwolle started their campaign with a disappointing home loss against Willem II. They scored a lucky goal, a product of goalkeeper’s mistake, before letting Willem have all the fun. Nevertheless, Zwolle is not a bad team, they should find their form soon and look for a mid-table to top-half finish.

Utrecht vs Zwolle: Head to Head

Both teams to score – YES came in seven out of last eight games overall.

Home factor mattered last season. Utrecht won 2-0 at their Galgenwaard stadium before going down 3-4 in Zwolle. Guests had 3-1 lead in 80′ and ended up losing the game in injury time.

Just mentioned game at MAC³PARK Stadion should motivate Utrecht to do well, to seek revenge against the ‘Bluefingers’ from the get-go.

They absolutely needed a win against Den Haag after Europa League heartbreak, and the fact they got it after being 2-0 down should boost their confidence even more.

Like I said, Zwolle will be fine, but right now I find it hard to trust them to pull a surprise here.