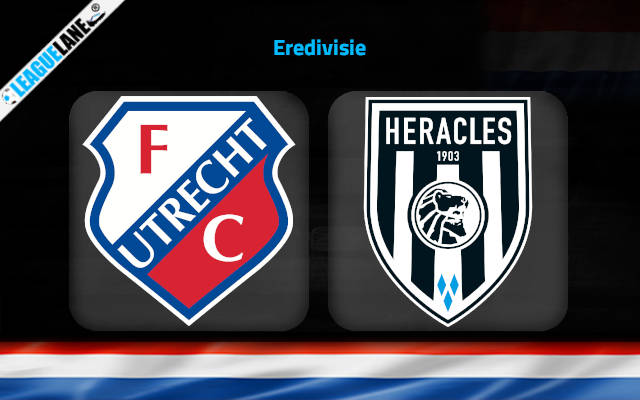 The fourth-placed Utrecht have been the best in the Dutch top flight this season barring the three titans (Ajax, PSV, and Feyenoord). However, lately they have been on an inconsistent streak, and are being chased furiously by the fifth-placed Vitesse.

As such, they are in urgent need for a huge win, and it’s fortunate that they are pitted against the 13th placed Heracles, who have been one of the worst teams in the league – especially on the road.

Likely, expect a win for Utrecht this Sunday.

Utrecht had won seven of the past ten overall fixtures, and they had won eight of the past nine appearances at home. In fact, they had scored a total of 44 goals from their last 12 games at home.

On the other hand, Heracles were winless in ten of their past fifteen overall games, and they had also lost nine of their preceding eleven road trips.

Considering these observations, expect a win for the in-form Utrecht.

Tips for Utrecht vs Heracles