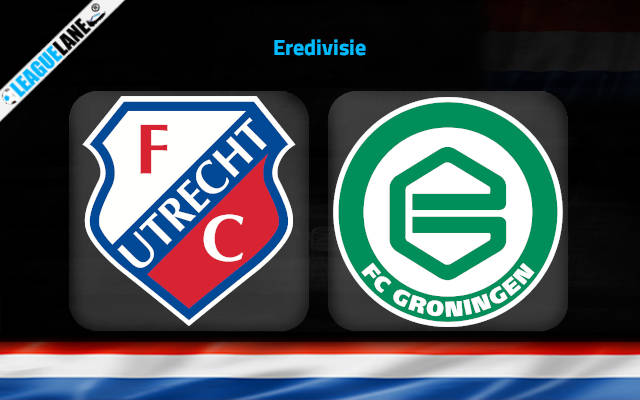 Groningen is on a unbeaten run since the last 4 league schedules. They won and drew twice while they lack 7 points from the Conference League Play Offs. Utrecht sealed that last spot of Play Offs even though they lost the last league schedule. With 7 points in the difference, the Pride of the North will be visiting the Stadion Galgenwaard this Sunday, hoping to close the gap between them for the 27th Round of Eredivisie.

Utreg is at the 7th spot on the standing with 40 points from 26 games. They won 11 times in the league while drawing on 7 and losing on 8 other occasions. They scored 43 in total while conceding a sum of only 33 up to this point.

FC Utrecht will be looking for an improved result after a 1-0 league loss in their previous game against PSV Eindhoven. They have been scored against on all of their previous 6 games, giving up 7 goals during that time

On the other hand, Groningen resides just below them at the 8th position on the table with 33 points. Of the 26 matches played, they won 8 games while drew and lost 9 matches each.

FC Groningen will go into this clash following an impressive 4-3 league win to beat NEC Nijmegen in their recent match. They have been a bit of a soft underbelly in defense as they have been scored against in 5 of their last 6 games, giving opposing sides 7 goals in total.

We envisage a home win as the hosts have not been beaten in the league by FC Groningen in their last 7 games while having not won at home since the last 2 league schedules. Meanwhile, Groningen won only 4 out of the 13 away fixtures played this season.