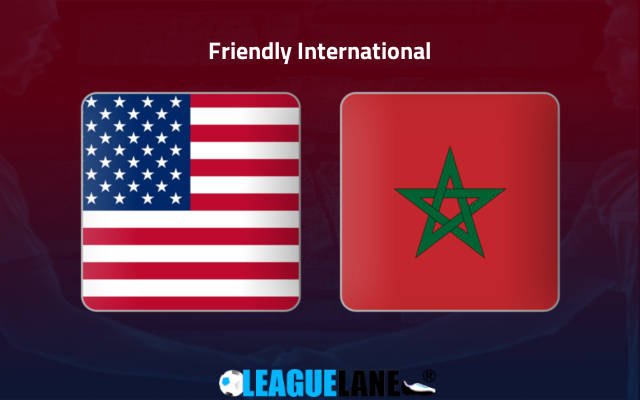 The United States National team’s preparation for the 2022 Qatar World Cup will include a friendly match against Morocco to be held at Cincinnati’s TQL stadium this Wednesday.

This friendly fixture on Wednesday, is one of two that the U.S men will play ahead of CONCACAF Nations League games against Grenada and El Salvador on June. These 4 matches are expected to include the full squad, to better aid in preparations for the World Cup in Qatar. Morocco who are also set for Qatar 2022, is the first African team that the Stars and Stripes has played during Berhalter’s tenure.

The match will mark the second time in just over six months that the hosts will play in Cincinnati, following last November’s 2-0 win over rivals Mexico in World Cup qualifying schedule. The United States has been drawn in Group B against England, Iran and the winner of the last remaining European playoff, either Scotland, Ukraine, or Wales.

On the other side, Morocco was dominant during their World Cup qualifying run, going unbeaten with a record of 7 wins and only one loss, while scoring 25 goals and conceding only thrice in total. The visitors are drawn into Group F at the World Cup along with Belgium, Canada and Croatia.

The match will also be the 4th all-time meeting between the USMNT and Morocco and the first since 2006. It will be the first of 4 matches for The Yanks during the double window in June.

USMNT has been impressive in the WC qualifiers as they secured 7 wins, 4 draws and 3 losses thereby earning the third available World Cup promotion spot. Their last game was against Costa Rica where they lost by 2 goals to nil. The hosts also come here on the back of 5 straight home wins in a row.

Meanwhile, Morocco was dominant during their World Cup qualifying run, going unbeaten with a record of 7 wins. But they couldn’t secure an away win since their last 3 on-road fixtures.

Morocco has won twice of their last 2 h2hs which happened a decade ago, but now both these sides are strong but due to the home support, we feel that USMNT will win here.