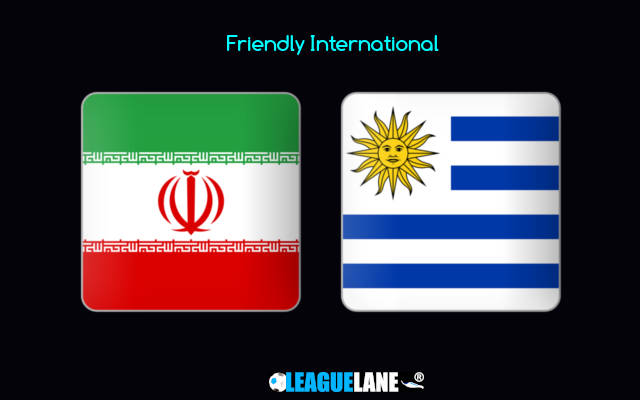 Two-time world champions Uruguay delivered some great performances towards the end of their qualification campaign and as a result they are high on confidence. This Friday they will be considered the favorites to deliver a win against the Asian team Iran.

Iran received a bye to the Second Round in the Asian World Cup qualifiers and there they managed to win their respective group.

They had a 100-percentage winning record disregarding just two fixtures and in the process, they scored 19 more goals than any other team in the group. Do note that they also let in the least number of goals as well.

After then progressing to the Third Round, they once again managed to top Group A, and that too in style. They remained unbeaten all through the run, barring a single match-up. They also scored the most number of goals and let in the second-most number of goals into their nets.

Meanwhile the Uruguayans secured a third-place finish in the CONMEBOL qualifiers and there they had to face absolute competition all through the campaign.

At one point it was thought that the team would not qualify for the World Cup. But towards the end of the tournament, they managed to improve their form drastically and went on a winning streak.

As of now both teams are going on superb stretches of performances and are finding the back of the net in plenty. And it needs to be noted that Uruguay are considered to be one of the best teams in the world and they are also two-time world champions.

Meanwhile Iran are from Asia, which is comparatively weaker than the other football federations. They are inexperienced and less talented than their counterparts for the day.

As things stand expect a victory for Uruguay this Friday.

Uruguay are on a seven-game unbeaten run and impressively six of these were victories. They recorded a 5-0 win in their latest encounter, and they scored two or more goals in four of their past five matches as well.

On the other hand, Iran lost two of their previous three games, and they let in two or more goals in these two fixtures. Their inexperience in international games, especially against European and Latin American teams will likely cost them dear.

By the looks of things, expect a victory for Uruguay this Friday.

Tips for Uruguay vs Iran