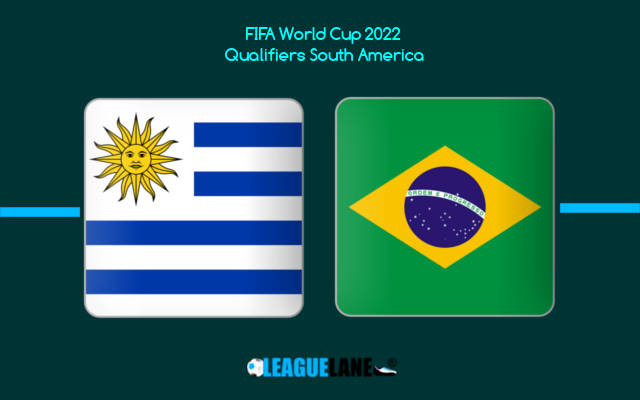 There’s a reason that Selecao are still the team with the most number of World Cups after all these years. After the utter embarrassment they suffered at home in the 2014 edition, critics had written them off for the next two decades.

But ever since they have been nothing but phenomenal. They brought some insane players to the team in that short period, and at present, only the ridiculous French squad could be termed better in terms of raw talent.

Note that even with star player Neymar Jr being injured, they cruised through the Copa America 2019, and won the title. In fact, they had conceded a total of one goal all through the tournament, and it had come in the final nonetheless, and that too via a penalty.

As of now, they are the toppers of the table, and they had also been the toppers in the previous edition of the CONMEBOL qualifiers. They have also scored the most number of goals so far, and have conceded the least.

Most importantly, they also have a great h2h record against the Sky Blues over the years. Moreover, Oscar Tabarez’s men have not been that hot lately as well.

As such, expect Brazil to secure the three points at the Estadio Centenario.

Tabarez’s men had recorded a 0-3 win on the road the last match-day, against Colombia. In the meantime, Selecao registered a 1-0 win at home against Venezuela.

Going on, Tite’s men are on a four-fixture winning run, and they had recorded a combined scorecard of 13-2 in the process.

They were also unbeaten in 46 of their previous 50 overall fixtures, and of these two had come against arch-rivals Argentina, and another defeat had come against Belgium, currently ranked first in the world.

Moreover, the five-time world champions are also on an unbeaten run away from home since October of 2016, barring their loss against Belgium in the 2018 WC Quarter Final.

On the other hand, the Sky Blues were winless in six of their last twelve overall match-ups, and most importantly, they have a total of two h2h wins against this opponent since 1957.

For the reason, count on the in-form Brazil to be the better team on the pitch this Tuesday.