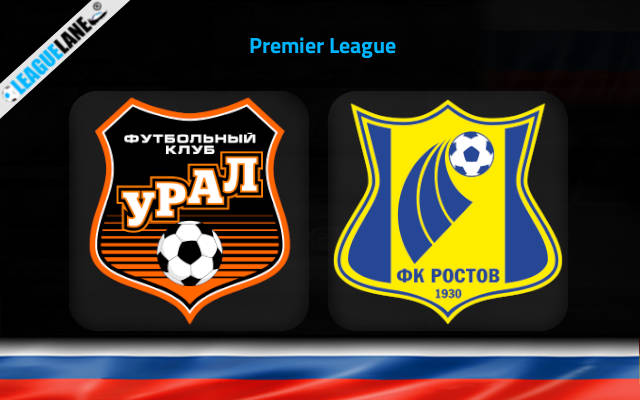 Both Ural as well as Rostov are amongst the worst teams in the Russian top flight, and especially in terms of their defense. These two are conceding goals in huge numbers, and have consistently done so in their former h2h clashes.

Likely, expect a goal-fest this Friday at the Central Stadium.

Ural had finished 12th in a table of 16 the last season, and were winless in 23 of their total 30 games. In fact, they were just two spots above the relegation cut-off.

In the meantime, Rostov had managed a ninth-place finish, and had remained winless in 17 of their 30 match-ups. They have been on a poor run on the road for quite some time, and most importantly, previous h2h encounters have had goals in huge numbers.

As things stand, expect either team to find the back of the net this weekend.

Ural are on a five-game winless run, and four of these were losses. They are also completely winless at home this season, and they have conceded the second-most number of goals in the Russian Premier League this time around.

On the other hand, their counterparts had lost four of their past six overall match-ups, and they had conceded two or more goals in three of these games. Do also note that they have won just twice on the road in the whole of 2021.

Most importantly, Rostov had conceded the most number of goals in the competition so far.

Considering these stats, expect goals to come from both teams this weekend.