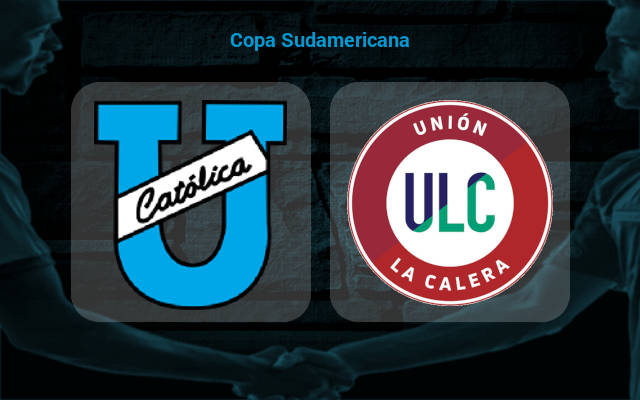 Universidad Catolica were stopped in the Copa Libertadores qualifications for the second year running, but at least this time they have managed to reach the third round, meaning they will continue the South American adventures in Copa Sudamericana group stage.

The Ecuadorians will begin the new Copa Sudamericana season on Tuesday evening when they play host to Chilean side Union La Calera in the opening round.

The hosts come into this tie as pretty big favorites according to the bookmakers and it is easy to understand why.

They have been in a much better form in the recent weeks and the strong Copa Libertadores clashes only made the team more compact.

Miguel Rondelli’s men also got off to a solid start to the new season in the Ecuadorian elite class with two wins, two draws, and one defeat in five the inaugural five rounds.

The same can’t be said for Union La Calera who occupy the 12th position (out of 16 teams) after eight games in the Chilean top flight.

Union La Calera have won only one of eight league games at the beginning of the season. They own by far the worst attacking record in Chilean Primera Division with only four goals scored in eight games played.

We should also say that Union La Calera featured the group stage of Copa Libertadores last season when they only managed to claim two points in six outings, conceding as many as 17 goals along the way.

This will be the inaugural head to head encounter between these two rivals.

Universidad Catolica ended their streak of four straight winless affairs by beating Deportivo Cuenca 0-2 on the road two weeks ago. They have kept their net untouched in both Copa Libertadores qualification ties against Bolivar and The Strongest.

We expect the hosts to do the same here against Union La Calera who notched only four goals in the maiden eight rounds of the new season in Chilean Primera Division. The home win to nil is the way to go.