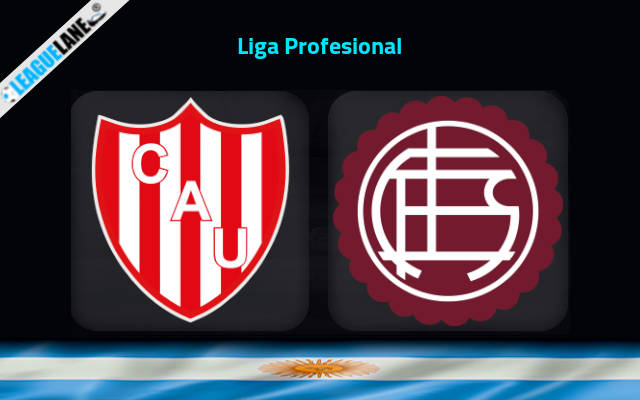 Both teams are letting in goals in huge numbers, and as a result, they have so far failed to build any kind of a momentum in the league competition.

Lanus have won just once all through the campaign, and it is only concerning that they have a 100% losing record on the road, barring a single draw.

They have also let in 2 or more goals in all but one of their away games and if they keep this trend going on, there is no doubt that they are about to have a season to forget.

Meanwhile, Union have been the absolute worst team at home so far in the tournament. With a 100 percentage losing record, they have also let in the most number of goals in front of their home crowd.

Moreover, majority of their past head-to-head clashes also have witnessed goals coming in huge numbers.

And for all these reasons expect a high-scoring thriller between the two teams this weekend.

Union had let in 2 or more goals in 4 of their past 6 overall games, and they had also lost 4 of their previous 6 appearances at home. Do also note that they had conceded a total of 5 goals in their latest home fixture alone.

Meanwhile Lanus were winless in 8 of their past 10 overall games, and they had lost 3 of their previous 4 matches too. Moreover, they are on a 3-game losing streak on the road and they had let in two or more goals in all of these road trips.

Taking into account these observations expect a goal-fest this weekend.

Tips for Union vs Lanus