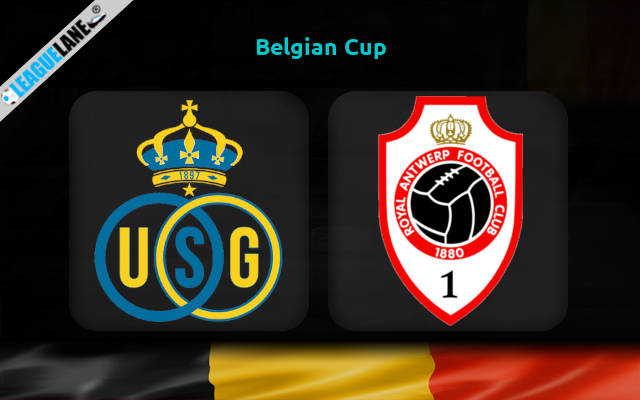 Union St. Gilloise vs Royal Antwerp Predictions and Free Tips from our expert tipsters when the teams go head-to-head in the Belgium Cup on Wednesday, 1 February 2023.

Antwerp have managed to maintain a positive consistency throughout the season and are sitting at third position in the league standings.

Union St. Gilloise will be their rivals on Wednesday for the Belgium Cup Semi-finals. It will be a tough test as the Royals have been enjoying an impressive form all through this campaign. They are currently at second position in the league standings.

The past four overall wins was evenly split, with two each for both teams. Their head to head meeting this season ended in a 2-0 win for Royals.

At this venue, their encounters were mostly low-scoring. Only one of the last five meetings at this venue saw the landing of over 2.5 goals.

Who will win the match between Union St. Gilloise vs Royal Antwerp?

We are betting on Union St. Gilloise to seal a win here because they have an upper hand when the stats from respective patches are analyzed.

The Royals are currently on a six-game winning streak at home across competitions. On the other hand, Antwerp was winless in four of the last six road trips.

Both teams have a strong attacking and defensive line. Royals have the best defensive side at home this season. Therefore, goals are likely to come under 2.5 ft.

We have mentioned about the defensive side of both teams earlier. Since we expect a low-scoring match with Union St. Gilloise sealing a win, both teams to score option is unlikely to land here on Wednesday.

We expect an interesting affair between these two strong Belgian topflight outfits. The current winning form of the home side forces us to back them to seal win here.

Union St. Gilloise to win at 2.00 odds is our main betting tip for this Belgium Cup fixture. For the second tip, we like to place the under 2.5 goals option at 1.90 odds.