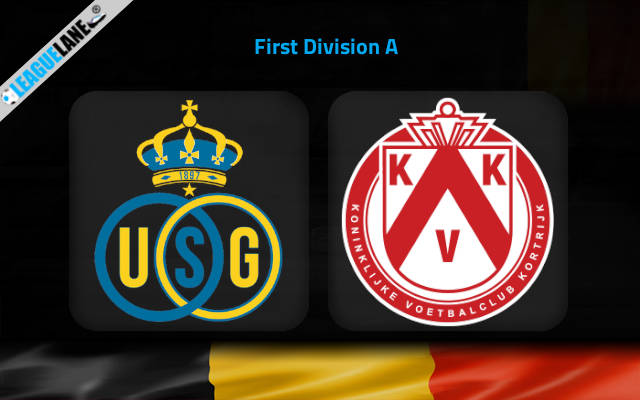 Union are the reigning champions of the Belgian top flight and they will be absolutely determined to repeat this feat this time around as well. Meanwhile Kortrijk had to settle for a rather unimpressive mid-table finish the previous season in the competition.

In fact, they had finished 13th in a table of 18 and they had a surplus of just 9 points over the relegation cut-off. All through the campaign they had managed to deliver just 9 wins and at the end of the run they had a negative goal-difference as well.

Meanwhile champions Union had registered more than double the number of points and they had lost a total of just 5 times through the entire run of the tournament.

They had also scored the most number of goals and they were the only team to have kept the number of conceded goals below 30.

Going on, they also have a dominant head-to-head record against this opponent over the years and judging all these observations it is expected that we are about to witness a victory for Union.

Union were unbeaten in 9 of their past 11 overall fixtures and in the process they had gone on 2 separate 2-game winning streaks. They have also lost a total of just 5 times in front of their home crowd since August of previous year.

On the other hand, Kortrijk were winless in 18 of their previous 23 overall games, and in the process they had gone on separate 6-fixture as well as 4-game losing streaks.

Taking into account these observations, expect a victory for reigning champions Union this Saturday.