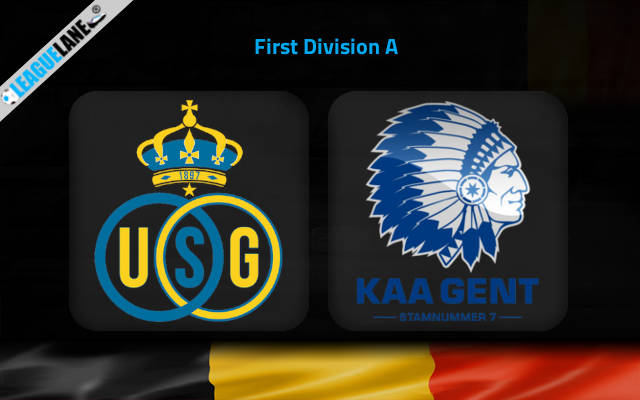 Two top teams namely Union St.Gilloise and Gent will go head-to-head for a mid-week fixture at Stade Joseph Marien. Both teams are in decent form ahead of this fixture.

It has been over a month since the last time the host lost a game. Most recently they thrashed Oostende by 6-1. Dante Vanzeir opened the scoresheet within twelve minutes of the game. Followed by a second half full of goals as four goals were scored.

This is their most impressive performance so far, they will look to carry this momentum onwards in this upcoming fixture as well.

Gent began this month by losing to Cercle Brugge by 4-3. Now they are on a two-game winning streak. In their last league outing, they put three goals past Mechelen. Hein Vanhaezebrouck’s side managed to register ten shots on goal as well.

This crucial victory pulled them up to the sixth position on the table. If the host manages to win this fixture it will make a huge difference in their table ranking. Also, the team are amongst the heavy favourites for the title this season.

Our first tip is that Both Teams to Score in the second Half – the odd for this tip will be at 2.75. So far, the visitors have scored seven goals in their last two matches out of which four goals were scored in the second half. Similarly, against Oostende the host scored the majority of the goals after the 60th minute.

Our next tip for this game is that Gent will score Over 2.5 goals – the odd for this tip will be at 2.50. Since the beginning of October, the visitors have scored a minimum of three goals in all of their Jupiler league fixtures.