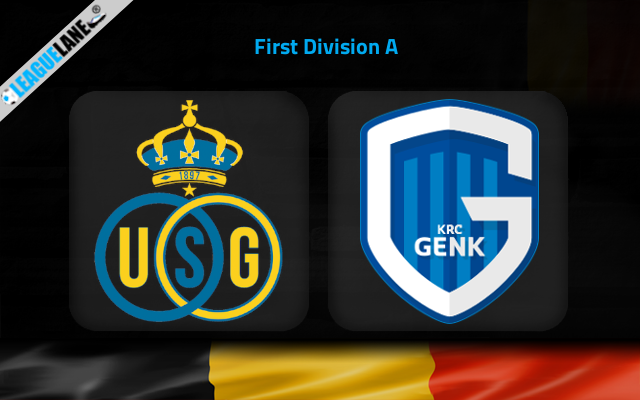 The hosts head into this clash from the top spot despite failing to break the deadlock in a score draw to Gent at home last time out. They have increased their gap with the second spot by 7 points.

They have won 16, drew 2 and lost 4 of their 22 Jupiler League matches and have bagged a total of 50 points. They are on a stellar spell of form and are sure favorites to win the title.

Meanwhile, Genk won 9, drew 5 and lost 8 of their 22 league outings. They have a total of 32 points and are placed 8th in the table. They have been recording impressive displays lately.

Genk and their traveling fans will be hoping to repeat their previous result on Sunday at Stade Joseph Marien when they lock horns with Union St.Gilloise in the 23rd round of Jupiler League.

The hosts have been scoring goals at home for fun lately. They have scored 24 goals in their 9 recent home games across all competitions. They will be continuing such a trend, possibly scoring a couple or more on Sunday.

They have been conceding goals in meantime too. They have failed in preventing the opposition from scoring in 5 of their past 8 league home affairs.

On the other side, Genk won their previous match on road against Oostende. But they doesn’t look capable of snatching three points against the strongest side of this Jupiler League so far.

They have been scoring in four of their previous five games on road and will be scoring at least once to find themselves on the score sheet when they meet Union St.Gilloise.

Analyzing the above stats, we are tipping the home side to score a couple or more against this Genk outfit.