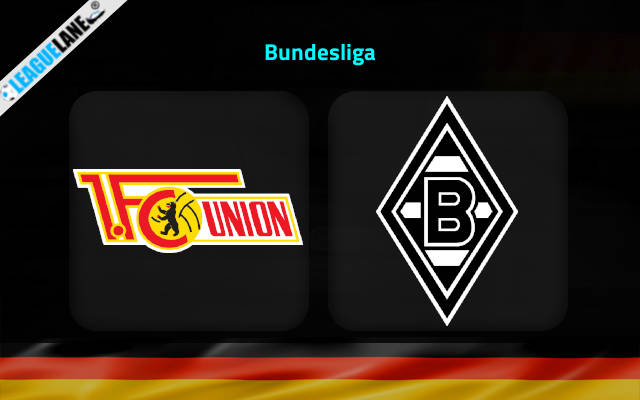 It’s a wonder that a team other than Bayern is at the top of the table with one-third of the season already over. Anyhow, Union Berlin have a great chance to cause an upset this time around. They will give absolutely anything on the pitch this Sunday against Monchengladbach, to extend their stay at the top.

Union Berlin have had the best defense in the German top flight this season. In fact, they are one of the only two teams in the whole league to have conceded fewer than ten goals.

They also lost just twice all through the current campaign, and have a lead of one point at the top of the table over the second-placed Bayern Munich.

This one-point lead forces the Berlin-based team to have no rest, and to sweat it out on the pitch to hold on to the first position.

Going on, they also have a perfect winning record at home so far, barring a single draw. And no points for guessing the team against whom they drew – the Bavarians.

Meanwhile, Monchengladbach are placed in the mid-table at the moment, and all through the campaign they were able to register just four wins. It is also quite worrisome for their fans that they are yet to register a win on the road this season.

Furthermore, they also fared quite poorly in recent h2h clashes over the years.

By the looks of things, expect a win for Union Berlin this Sunday at their home.

Berlin lost just twice all through the campaign, and one of the losses came against reigning Europa League champions Eintracht Frankfurt.

And it is also to be noted that they have been phenomenal at home. Barring a draw against Bayern Munich, they have a 100% winning record at this stadium.

On the other hand, Monchengladbach are still searching for their first win away from home, and importantly they have a worrying h2h record against this foe in recent games.

Likely, expect a win for Union Berlin this weekend.

Tips for Union Berlin vs Monchengladbach