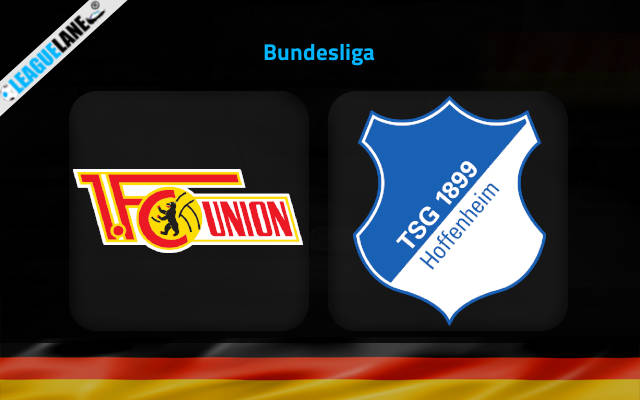 Hoffenheim have been the best team in the league this season, after of course the two titans – Bayern and Dortmund. The team has placed themselves third in the table, and are in great form.

If they keep this pace, they have a huge chance of making it to Champions League. Moreover, this upcoming fixture is also a great opportunity for them to strengthen their position in the table.

Several points will be dropped in these fixtures, and this is a chance that should not be wasted.

Meanwhile, Union Berlin are going through an inconsistent run, and are dropping points in a slightly worrying fashion. Moreover, they also have a rather inferior h2h record against this foe.

As such, expect a dominant performance from Hoffenheim this Saturday.

Union Berlin were held to a 2-2 draw the last match-day, by Leverkusen. They were also winless in four of the past five games, and they have won just thrice at home since September. And one of these wins had come against the struggling Wolfsburg.

On the other hand, Hoffenheim registered a 3-1 win at home against Augsburg the last game week. They had also won five of the preceding seven fixtures, and they had scored two or more goals in nine of the former eleven matches.

Do also note that they had scored a total of ten goals from their past three road trips.

Taking into account these observations, as well as the h2h superiority of Hoffenheim, expect a win for them this weekend.

And judging the recent struggles of Union Berlin, coupled with the in-form offense of their counterparts, expect goals in plenty as well.

Tips for Union Berlin vs Hoffenheim