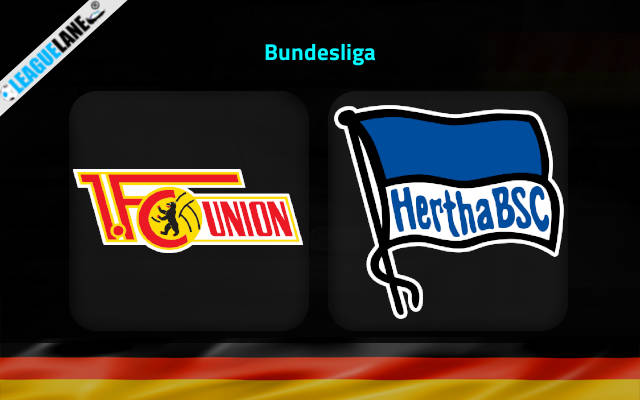 Union Berlin were one of the very best teams in the German top right the last season and they even had secured a 5th place finish at the end of the campaign. Meanwhile counterparts Hertha were lucky to have avoided relegation.

They had finished 16th in a table of 18 and they literally had to go through relegation playoffs in order to extend their stay in the top flight. Do also note that only the dead-last placed team had a worse goal difference than them in the whole competition.

It seems that they have carried their poor form into this new season as well. They are on a long losing streak at the moment, and are letting in goals in huge numbers. Particularly on the road they have been in a mess all through the previous campaign as well.

Meanwhile, Union Berlin had finished 5th in the table and as a result they will represent Germany in the upcoming edition of the Europa League. Moreover, they had missed out on a top-4 finish as well as a ticket to the Champions league for just one point.

They will be determined to deliver a far better performance this time around. They are also at home and will be considering the upcoming encounter as an opportunity to start their new campaign on a positive note.

Taking into account these observations, expect a victory for Union Berlin this weekend.

Unit Berlin had won 8 of their past 10 overall fixtures, and they had scored 2 or more goals in 7 of their past 10 games. They are also on a 10-fixture unbeaten run at home and in the process they had delivered 7 victories.

On the other hand, Hertha Berlin are on a 4-game losing streak and in the process they had let in 11 goals. Do also note that they have a total of just 6 wins away from home in the past 9 months.

For the reasons expect Union Berlin to have that upper hand Saturday.