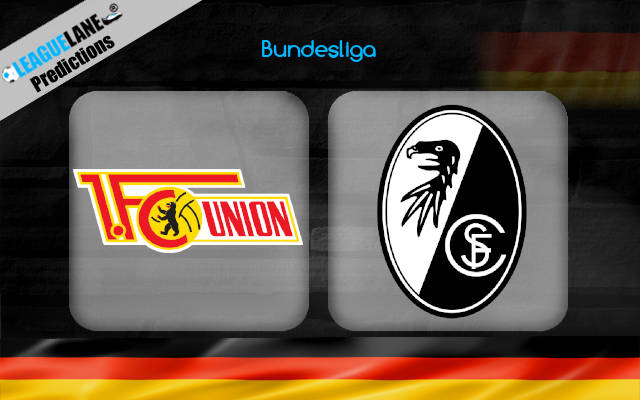 The Iron Ones have made a positive start to their campaign this season. They did lose their opening game against Augsburg, but ever since they have remained unbeaten, and in the process even secured a draw against Borussia Monchengladbach.

The Breisgau Brazilians too have similar stats to show in 2020-21, and they have had some tough match-ups along the way as well. They have had to take on the likes of Wolfsburg, Dortmund in this early phase of the campaign itself.

Still, either team has done reasonably well so far, and will approach this match-up with an intention to make the most of it.

Going on, majority of h2h encounters between the two have ended with goals from both teams. And by the looks of things, there’s high probability that the same will happen this weekend as well.

Uri Fischer’s men were held to a 1-1 draw on the road the last match-day, by Schalke. After a goalless first half, the guests had drawn first blood with a strike early in the second. However, the hosts managed to slot in the equalizer towards the 70th minute.

Meanwhile, the Breisgau Brazilians were held to a 1-1 draw at home by Bremen.

Going on, the Iron Ones have scored four or more goals in two of their former three fixtures, and they found the back of the net in 18 of their last 20 overall games. At home, they had scored goals in 22 of their past 24 appearances as well.

On the other hand, their counterparts had netted goals in 13 of their last 15 overall match-ups, and they scored a total of 13 goals from their previous four fixtures alone.

In addition, every single h2h clash since 2004 has had three or goals, and at this stadium, either team has failed to score goals only once in their entire h2h history.

Considering these stats, expect goals to come from both teams this Saturday.