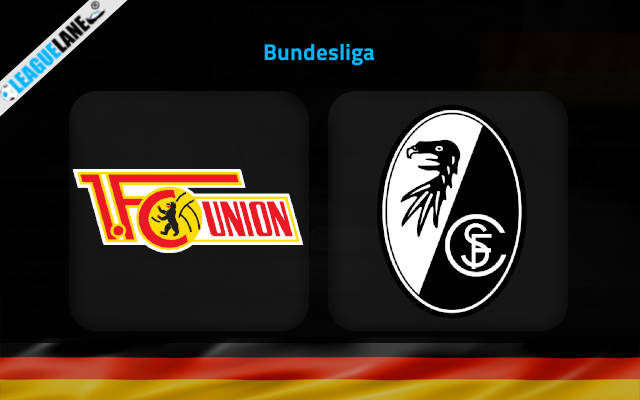 The home court advantage will play a big factor here. Also, Freiburg lost four of the last five league games which can’t quite be considered a strong spell of form. They did demolish Borussia Monchengladbach 0-6 on the road in the meantime, but it is still very hard to predict any other scenario but the home win here.

Union Berlin and Freiburg are two of the most pleasant surprises of the season so far in the elite tier of German football.

They hold 6th and 5th position in the Bundesliga table respectively going into their head to head clash in the 16th round of the competition on Wednesday evening at Stadion An der Alten Forsterei.

Nonetheless, neither of the two outfits will actually enter the game on a high, following their weekend’s losses.

Union Berlin suffered an unexpected 1-0 defeat away at the worst team in the league. Greuther Furth managed their maiden victory of the campaign after losing 13 of their inaugural 14 outings of the season.

Union Berlin were the better team on the pitch but it counted for little at the end. However, it is worth noting that Urs Fischer’s men have generally shown much better displays at home than on the road so far in the season.

Union Berlin won five, drew two, and lost just one of eight league fixtures on the home patch this term.

On the other side, we have Freiburg who got very unlucky to concede a last-gasp goal to lose the home fixture against Hoffenheim (1-2) on Saturday afternoon.

Tips for Union Berlin vs Freiburg