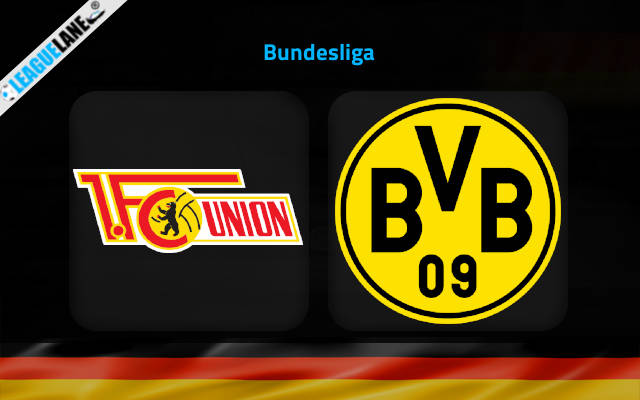 The hosts seemed to have no intentions of giving p the top spot. But in the last two rounds, they have shown a display that seems to have left the exceptional form they had earlier in the league.

They have scored only one goal in their last two league games. Apart from this, they have also suffered a defeat against the newcomers Eintracht Frankfurt.

Their opponents on Sunday are one of the top performing teams in the Bundesliga for past several years, Borussia Dortmund.

Speaking of Dortmund, we have to start with the 2-2 draw they had with Bayern Munich in the last Bundesliga match. They were 1-2 down till 90 minutes. The team scored a header with second left for the referee to blow the final whistle to draw the match 2-2.

Despite this, the Yellow Blacks are still winless for two games. Therefore, they will expect nothing less from a win this coming Sunday.

Dortmund’s advantage at the moment Is that Union Berlin haven’t maintained the incredible form they had at the beginning of the season.

Head coach Terzic Edin will have high hopes on the German striker Youssoufa, who scored two assists and one goal in the last 3 games.

Preventing goals is as important as scoring them. But according to the recent defensive trend of Dortmund, a minimum of one goal can be expected from Union Berlin.

Sunday evening won’t be that great for Union Berlin and their local supporters since they have not performed well in their last five home matches to have a potential to seal a three pointer against this Yellow Blacks.