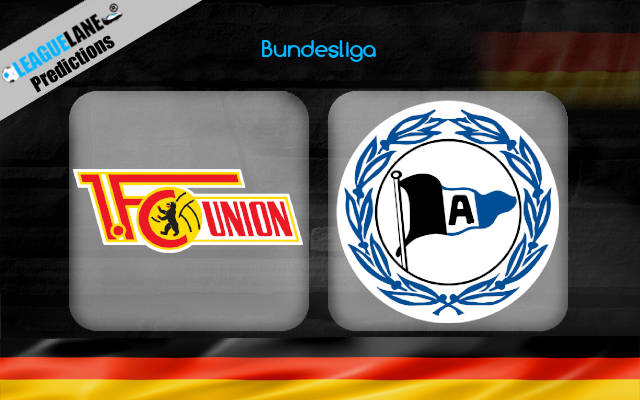 The Iron Ones are one of the most consistent teams in the competition at present. They have been unbeaten in the league ever since their defeat in their opener against Augsburg (a top tier team), and they have shown this same kind of form at home over this past year.

Meanwhile, Die Blauen are one of the weakest teams in the tournament, and so far they have had a total of just one win – and that too against Koln, from the relegation zone.

Going on, Urs Fischer’s men also do have a great h2h record against this rival over the years, and particularly so at this stadium.

Considering this scenario, expect the in-form Union Berlin to record a win over the struggling Bielefeld.

Fischer’s men recorded a 1-3 win on the road the last match-day, against Hoffenheim. In the meantime, Uwe Neuhaus’s men lost 0-2 at home against Dortmund.

Going on, the Iron Ones were unbeaten in nine of their previous ten overall fixtures, and they have lost just once at home this whole season, while scoring four or more goals in two of their preceding three appearances here.

They are also placed just a single point below the European spots, and considering some tough match-ups for the teams above them this weekend, there’s a huge opportunity to climb several spots upwards.

On the other hand, their counterparts are on a four-game losing run, and they have had a single win this whole campaign. On the road, they have won just twice in the whole of 2020 – once in May, and before that in February; and on both occasions in the lower division.

Going on, the Iron Ones also do have a great h2h record against this foe, and at this venue they are yet to be defeated in such a game.

Taking these observations into account, expect Union Berlin to have a huge upper hand this weekend.