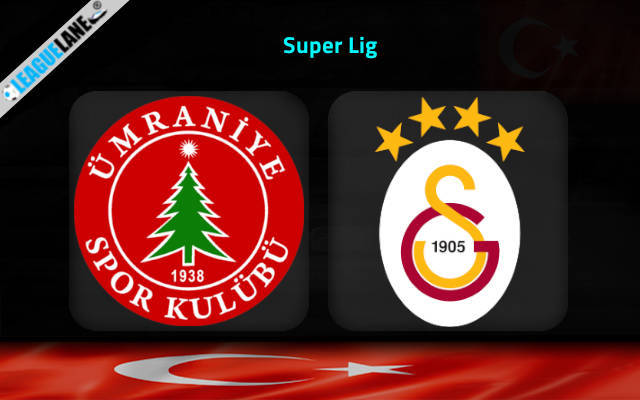 Galatasaray had a worrying campaign the last season in the Turkish top flight. But it seems to have kicked sense into them, as they have been on a totally superb run lately. Meanwhile, Umraniyespor are from the second division, after having secured promotion at the end of the last season.

They were placed second in the second division, and came into the top flight with great expectations. However, their inexperience in dealing with some of the veterans of the top division have been totally showing.

They have been on a 100% winless run so far, and also have a 100% losing record at home. In fact, they are yet to score their first goal at this stadium.

Meanwhile, Galatasaray have been on a great run lately. Most of their recent fixtures have ended in wins, and they are finding the back of the net comfortably as well. Moreover, they are also on a three-match winning streak away from home.

And most importantly, they have a great h2h record against this rival over the years, and judging these observations, expect a winning performance from Gala this Friday.

On the other hand, Gala were unbeaten in six of their last seven overall games, and they had won two of their past three fixtures as well. Moreover, they are also on a three-match winning streak away from home, and they had scored a total of five goals in the process.

Considering these observations, and the h2h superiority of Galatasaray, expect a win for them this weekend.