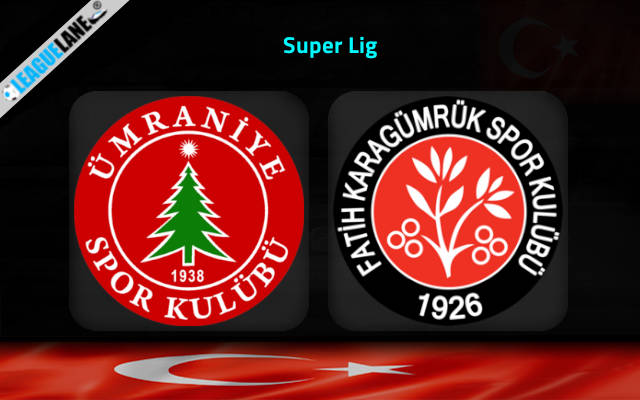 Umraniyespor are still searching for its first win of the season. The team is rooted to the bottom of the table. They will now host Fatih Karagumruk at Ümraniye Hekimbaşı Şehir Stadyumu.

The visitors got their second win of the campaign as they defeated Hatayspor by 3-0. This victory was very important as it ended their four-game winless run. Moreover, Fabio Borini is in good form as he scored three goals in his last two matches.

Despite finding five shots on goal the host had to settle for a draw against Kayserispor.
The main reason why they are underperforming this season is that they concede most of the goals in the second half. As a result they are unable to hold onto their lead.

It is hard to accept for the Umraniyespor supporters that their team have lost over 66% of their matches. It is important to understand that they are a newly promoted side.

However, they just put two goals past one of the best team in the league. This is what manager Andrea Pirlo has to be prepared for ahead of this crucial fixture.

The host are desperate to win in the Super Lig. However, Recep Uçar will have to be cautious as his main defender Tomislav Glumac will miss this game due to a red card.

Do also note that, that the visitors have lost two of their last three games.

Even after being at the bottom of the table, it is important to look at the history of both these teams. Hence, our first prediction is that Umraniyespor will win this game – at 2.45 odd. This is after considering that at Ümraniye Hekimbaşı Şehir Stadyumu the host are unbeaten in their last three games dating back to 2013.

Our second tip for this game is that Both Teams to Score – at 1.61 odd. Since 2014, both teams have played five games and in four occasions both teams have scored goals.