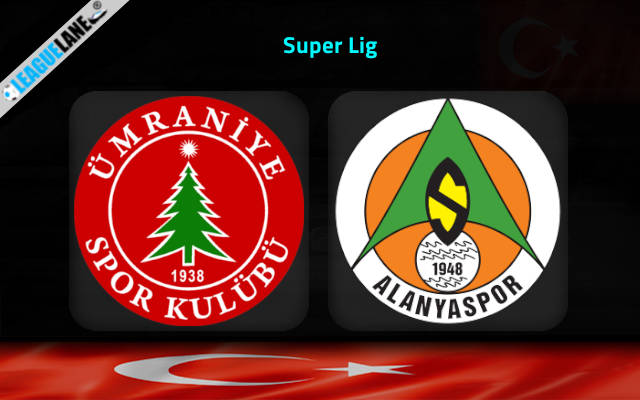 Umraniyespor have hit rock bottom this season. They are the only team in the league who are yet to win a single game. They have a mammoth challenge ahead of them as they will host Alanyaspor at Ümraniye Hekimbaşı Şehir Stadyumu.

The host have lost 72% of their games this season. The only positive result that they got last month was the 2-2 draw against Kayserispor. In their most recent outing, they lost to Besiktas by 5-2.

The visitors have picked up a good pace towards the end of last month. They have won two of their last three outings, including an important 3-2 victory over Antalyaspor. In their last league outing, they defeated Gaziantep by 2-0.

This victory helped the team reach the ninth position on the table. They will look to maintain this form as their opponents for this match are stuck at the bottom of the table.

The recent form is looking decent for the Francesco Farioli’s side, they have only lost once in their last five outings. Moreover, Jure Balkovec is on a two-game goal-scoring streak.

You can back the following as our first tip is that Alanyaspor will win this game – the odd for this tip will be at 2.20. It is important to understand that the host have not won a single game this season. Moreover, the visitors are unbeaten in their last three consecutive outings.

Furthermore, our next tip for this game is that Alanyaspor will score over 1.5 goals – the odd for this tip will be at 2.00. They have scored at least two goals in their last three league matches. We can bet on this trend to keep up this time as well.