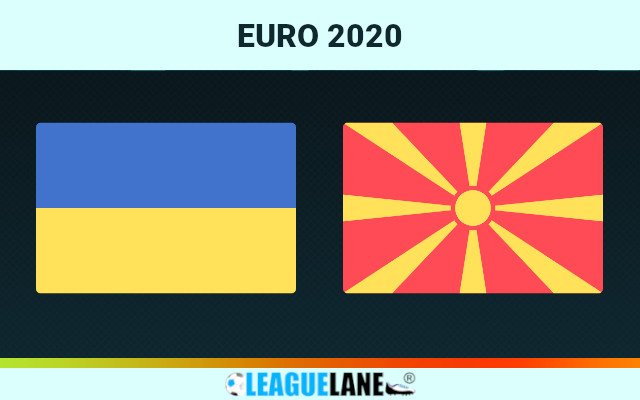 This will be a must win game for both of these nations as they prepare to win their first game of the Euro’s.

Ukraine were involved in a thrilling match against the Netherlands in their opening game. It ended in a 3-2 defeat but at one point Andriy Shevchenko’s team were losing 2-0 and scored two goals in four minutes to bring it back to 2-2. However Netherlands found the winner.

Understandably Ukraine left the field very dejected but they still have a good team and a good chance to make the knock out stages as they will face North Macedonia and Austria and be favourites in both of these games.

North Macedonia lost 3-1 to Austria and even though they were the outsiders in that game many had believed that they could be the surprise team in Group C. This is largely based off of their victory this year against Germany in a World Cup qualifier.

North Macedonia were not poor against Austria though and with just 12 minutes remaining of that game the score was 1-1. But perhaps there is some naivety in the team and they were not able to focus enough. The good news for the nation is that Goran Pandev scored, and the veteran striker will be determined to make his mark again in this match.

Andriy Yarmoleno who scored for Ukraine in his last game against the Netherlands will be assessed with a slight thigh injury but is expected to be fit.

Goalkeeper Stole Dimitievski signalled that he was injured in the opening game but after being assessed he was able to play on. There have been reports that he will have to face a late test for this game, but at present is being tipped to play.

Recent form has been decent but not spectacular for Ukraine where they have lost just once from their last five games, that being against the Netherlands. But they have also drawn two of those matches.

North Macedonia have better form than Ukraine coming into this match with 3 wins from their last five games. But shipping 3 goals against Austria would not have done their confidence any good.

Ukraine are odds on to win this game and they will be our pick. We could see their style of play against the Netherlands and against a better side than them looked fearless and never gave up.

This national football team of Ukraine are a pacy side who like to attack from the first whistle and we expect that they will give North Macedonia a very difficult game.

If Andriy Yarmolenko plays back him to score again, he has a brilliant left foot and isn’t afraid to create and shoot from distance. This game is in a way like a knock out one and it would be a surprise if Ukraine couldn’t muster up a win here.

Shevchenko’s team are odds on but still decent enough value if you are looking for a single to put on. This could be a close game but it doesn’t bode well to see both of these nations already conceding 6 goals between them and perhaps the tradition of never seeing over 2.5 goals in these fixtures will end at these Euro’s.