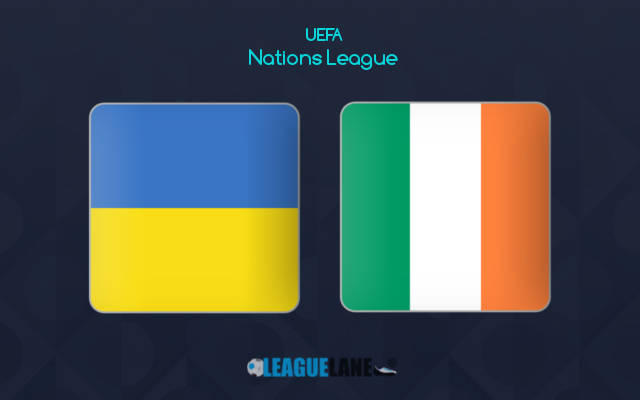 Ukraine will clash with Ireland in a match of League B in Group 1 of UEFA Nations League. They will be seen crossing swords this Tuesday at the neutral city of Lodz.

Ukraine is leading the group with 6 points in hand from the 2 matches played. They have never conceded a goal from these group fixtures while they have seen scoring 4 in total. The Blue and Yellow secured successive wins against Ireland and Armenia and remain as the front runners in securing a promotion.

The hosts will be optimistic to have several opportunities as they have found the target in most of the recent attempts, failing to score in only one of them. Ever since their lost to Wales for the World Cup promotion, they are more focused here on maintaining their top spot.

On the other side, Ireland reside just below them at the second spot on the group with 3 points. But they have played a match more and have won once while having lost on twice others. The Irish side is still going through a transitional phase and it has been evident from the results of their past fixtures.

Ireland head into the game following on from a 3-0 Nations League win to beat Scotland in their last game. A tendency of at least one team drawing a blank in games featuring them has become apparent in recent matches. Looking at their last 6 outings shows that it’s happened 5 times.

Ukraine has lost only one game in the last 5 attempts, together with one draw and three victories. Moreover they won both games in the UNL maintaining a cleansheet. The hosts are also unbeaten in their last 4 home games and have also won teh reverse fixture by 1-0 on road.

Meanwhile, Ireland lost the momentum of its unbeaten sequence recently and lost 2 of the last 3 outings. The Boys in Blue also lost the previous game they played away from home by 1-nil margin.

Since the hosts are better at home and they also have the h2h advantage, we envisage the same scenario to occur this Tuesday as well.