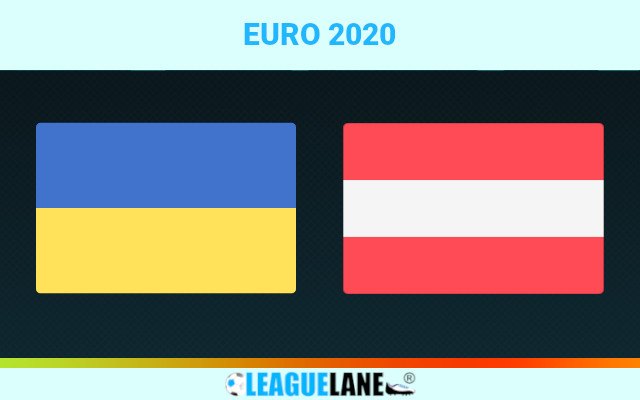 Ukraine and Austria are assured to finish in the top 3 which could be good enough to qualify for the knock out rounds. However whoever wins this will be guaranteed a place in the final 16, so this is sure to be an exciting game.

Ukraine started their campaign by losing to the Netherlands although they beat North Macedonia 2-1 in their second game to give them a fighting chance and they have a real motivation now to try and win this game and move into the next round.

As for Austria they started well by beating North Macedonia 3-1 but predictably came up short against the Netherlands losing that one 2-0. We could say that these two teams are more equal and this could be a very close game.

Ukraine have lost just 1 game in their last 8 and that came against the Netherlands. It was a close match in the end and they only lost out by 3-2. Ukraine have won 3 of their last four games and will be confident of getting a positive result in this game.

Austria have just 1 win in their last five games and recent form is not good. Though over the past year the nation has recorded some very good results including beating Northern Ireland and drawing against Scotland.

Oleksandr Zubkov is injured but will be assessed but it is likely he will miss out. We can expect then fairly the same team for Ukraine that lined up against North Macedonia.

There are no injuries for Austria to worry about but they will be able to welcome back forward Marko Arnautovic from suspension, this will be a big boost for the team.

Ukraine vs Austria: Head to Head

This game is very close when it comes to who is the favourite to win and in some cases the bookmakers are finding it hard to separate the teams. However our pick will be for Ukraine to win.

We should respect Ukraine because they have played two good games. True they lost against the Netherlands but they staged a very good comeback and really made the Netherlands work for their victory. There are better players at Ukraine that can step up and we think they are a very good price to win this.

Of course at the back of the mind we must understand that if both draw they will finish on 4 points each and that could be good enough to see both sides qualify for the knock out stages however there is no guarantee of that. This is why Ukraine with the better strikers will really try to control the pace of the game and get victory. Keep an eye on West Ham’s Andriy Yarmolenko who has 2 goals already and has been brilliant so far in the competition.