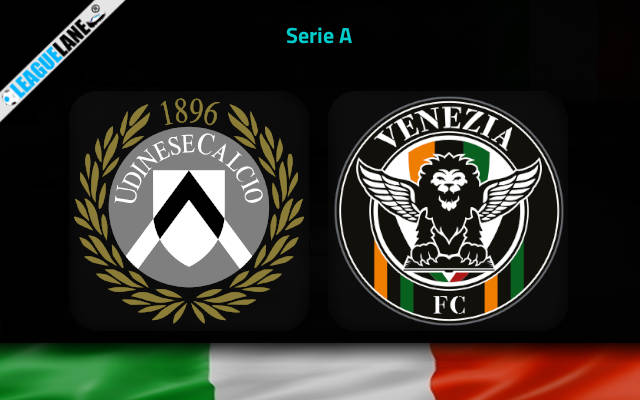 Udinese and Venezia will raise the curtain on the Matchday No 2 in Italian Serie A on Friday afternoon at Dacia Arena.

Udinese will be looking to build on a fine display from the opening round’s 2-2 draw to Juventus as they play host to newly-promoted Venezia in the first fixture of the second Gameweek.

The hosts produced a brave performance as their strong team spirit helped them come back from a two-goal deficit against one of the main title contenders.

In the absence of the team’s talisman Rodrigo De Paul (signed for Atletico Madrid this summer), Roberto Pereyra accepted the role of a leader in Luca Gotti’s squad.

Pereyra got off to a flying start to the season as his brace led Udinese to a 3-1 Coppa Italia victory over Ascoli two weeks ago, while the Argentinean midfielder was also on target last weekend against his former team Juventus.

Substitute Gerard Deulofeu bagged the late equalizer for Udinese on the occasion. The goal could likely earn the Spaniard a place in the starting eleven against Venezia on Friday.

The visitors entered the season in an entirely opposite fashion. They produced nothing against ten-man Napoli in a 2-0 defeat away at Stadio Diego Armando Maradona.

The head coach Paolo Zanetti was highly disappointed with how his troops reacted after Victor Osimhen’s red card midway through the second half.

Venezia not only failed to capitalize on that, but they allowed their shorthanded rivals create numerous chances in front of their goal.

Udinese left a much better impression on the opening day and Venezia’s visit gives them a great chance to back up the phenomenal display from the clash against Juventus. The home win is a banker bet at the odds of 1.66 based on what we’ve seen in the first round.

Roberto Pereyra bagged three goals in two appearances for Udinese this season and he is well worth backing to score anytime at the sky-high 3.60 odds here.