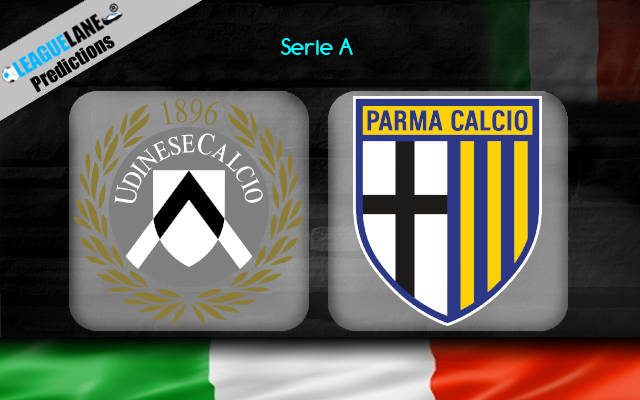 There is no doubt that Udinese are the biggest disappointment of all Serie A teams after three rounds played.

The Zebras are sitting at the bottom with zero points and -4 goal difference. They were looking solid in some matches, like the most recent one against AS Roma but results are not there.

Unless things change this weekend, there might be some serious turbulence within the club.

Anything but a victory against Parma at Dacia Arena on Sunday would be regarded as a failure.

Visitors are not doing well either, having lost two out of three games so far.

Despite better placement, bookies see them as big underdogs priced at 3.40 odds to win this encounter.

Things were looking bad for Udinese even during the pre-season period. They have played two test games against Venezia and SPAL, losing both without scoring one single goal. Right after that, three consecutive Serie A losses came knocking to their doors.

The most painful one was at this stadium against Spezia 0-2 FT. Kevin Lasagna and Stefano Okaka have missed big chances against Roma.

As stated above, quite a lot of players have left Parma during the transfer window. Club reacted and brought some fresh blood in.

Romanian rising star Valentin Mihaila joined the club, as well as Simon Sohm from Zurich. It will take some time to adjust and find chemistry with other players.

We believe Udinese played well in their last game and lacked luck. Hopefully they will have it this Sunday as we are backing home win.