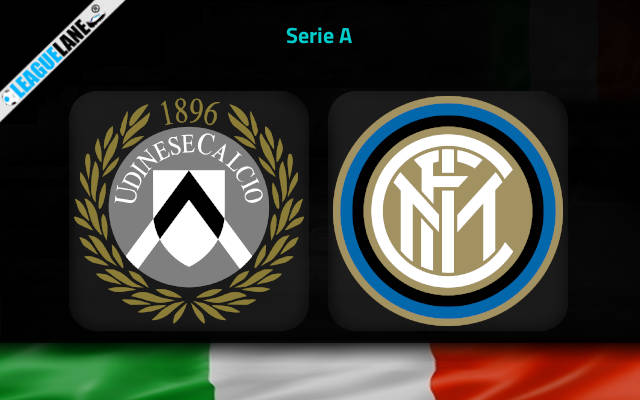 Udinese and Inter Milan will take on each other in one of the most interesting games of Matchday No 7 on Sunday morning at Dacia Arena.

Udinese are the most in-form team in Serie A right now and they will come into this tie on the back of four consecutive wins in the league.

It seems that the likes of Gerard Deulofeu, Roberto Pereyra, Beto, Lazar Samardzic, Isaac Success, and company have the keys to unlock any defense in the country these days.

The team from Udine bagged as many as seven goals in the last two wins over Roma and Sassuolo, conceding only a single goal at the opposite end in the process.

Pereyra already has four assists to his name, while Beto is one of the league’s top scorers with four goals in six appearances.

It will be very interesting to see whether red-hot Udinese will be able to maintain this splendid spell off form against one of the main title contenders Inter Milan here.

I Nerazzurri did not shine so far in the season, showing vulnerability on multiple occasions already.

Simone Inzaghi’s troops are even one point behind Udinese in the Serie A table and they have lost two of the opening three away outings in the league.

Udinese are enjoying an amazing form at the moment. They demolished Roma 4-0 in the previous league game at Dacia Arena.

We see huge value in backing them to shock Inter Milan too. The home win is paid at the 3.80 odds. Another decent pick is Both Teams To Score at the 1.61 odds knowing how efficient both teams have been of late.