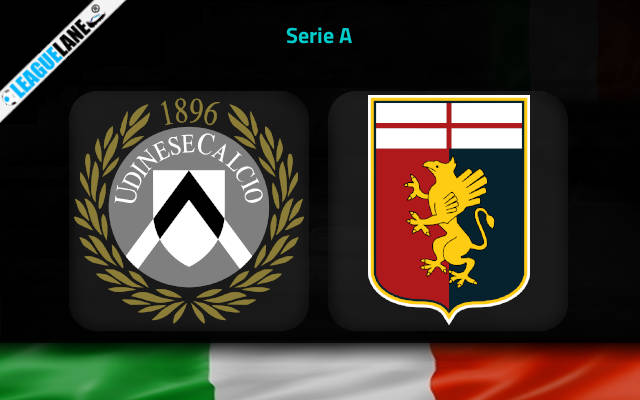 Neither of the two teams have been pulling up many trees of late. We could argue that Udinese were less terrible than Genoa so far in the season, However, would it be enough to make us back the home win at the odds of 1.75? It is hard to say because Udinese won only one of the last ten league outings after all.

Andriy Shevchenko failed to bring an immediate impact as Genoa produced another horrendous performance on his debut as the new head coach last weekend.

Genoa fell 0-2 at home to Roma in a match in which they offered zero attacking threat throughout the 90 minutes.

Genoa registered only a single attempt towards Roma’s goal seven days ago, allowing Jose Mourinho’s men as many as 19 at the opposite end at the same time.

Genoa have won only one match since the beginning of the season and they currently sit third from bottom in the Serie A standings.

They travel to Dacia Arena to battle bottom-half rivals Udinese in the first game of Sunday’s Serie A schedule.

Udinese have been struggling for consistency since the start of the season but they did grow in both form and confidence when it comes to home performances of late.

Luca Gotti’s men will go into this undefeated in three successive league outings at Dacia Arena. They picked up a 3-2 victory in the previous home fixture against Sassuolo.

Tips for Udinese vs Genoa