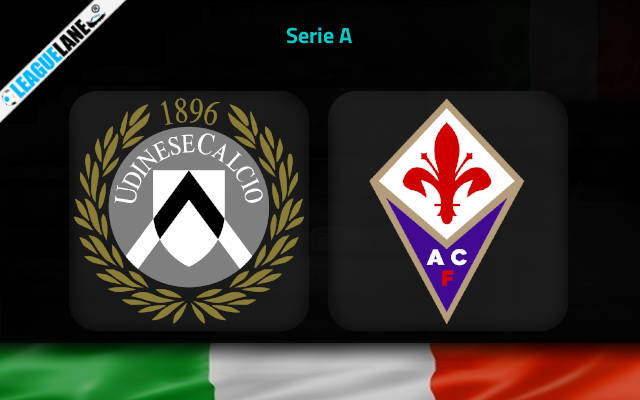 Fiorentina had secured a 7th place finish the last season in the Italian top flight and as a result they had qualified for the Europa Conference League. Meanwhile Udinese have managed to deliver a single victory in the league so far this season.

They had the misfortune to start their campaign against reigning champions AC Milan, and right away they lost their first league match-up – and that too by conceding four goals.

They have now grown desperate to deliver at least one good performance. They will be eager to make the most of this upcoming opportunity, since they are in front of their home crowd. They also have the confidence of having performed well against this opponent in the most recent h2h clash.

Meanwhile Fiorentina have remained unbeaten in the competition so far and it also needs to be mentioned that they have been one of the best teams in the Italian top flight for the past several years.

Judging these observations, as well as past h2h clashes, expect a high-scoring affair this Wednesday between the two teams.

Udinese were winless in 6 of their past 9 overall fixtures, and worryingly five of these were defeats. Do also note that they had let in two or more goals in five of their previous nine matches.

Moreover, they were winless in eight of their past eleven appearances in front of their home crowd, and seven of these had ended in losses for them.

On the other hand, Fiorentina were winless in six of their past eight overall matches, and they are on a seven-fixture winless run on the road. In the process, they had also gone on a five-game losing streak.

Moreover, they had also let in two or more goals in five of their past eight away road trips.

Considering these observations, expect a high-scoring affair this Wednesday between the two teams.

Tips for Udinese vs Fiorentina