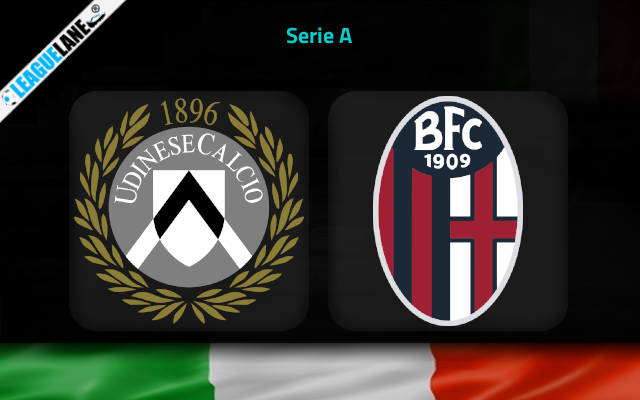 Udinese have halted their push for the European football next season due to a big drop in form that started back in early October.

As a matter of fact, their last league win dates back to October 3rd when Andrea Sottill’s men dispatched Verona 1-2 away at Bentegodi.

Since then, Udinese have gone on to a nine-game winless streak. This run dropped them out of the top seven in the Serie A standings.

Nevertheless, Sottill’s squad are still only six points behind Lazio in fifth place. They still own a very strong home record with just one defeat in eight league fixtures at Dacia Arena this term.

Udinese have allowed only a goal in each of the last two league matches against Empoli (a 1-1 draw at home) and Juventus (a 1-0 loss on the road).

There is thus plenty to like about Udinese’s chances in this tie against Bologna who have been dreadful travelers so far in the season.

Bologna have one win, one draw, and six defeats in eight league outings on the road this term (8-20 goal difference along the way).

Also, Thiago Motta’s troops will enter this tie off the back of successive narrow league losses to Roma (1-0 on the road) and Atalanta (1-2 at home).

Neither Udinese nor Bologna are thriving going into this tie. Bologna suffered two narrow defeats to the likes of Roma and Atalanta in the previous two matches, while Udinese have not done much to make us justify the 1.90 price-tag for their victory here.

The main pick will thus be Draw & Under 2.5 goals FT at the 4.33 odds. Those who would like to chase the correct score predictions can try with the 1-1 stalemate at the 6.50 odds.