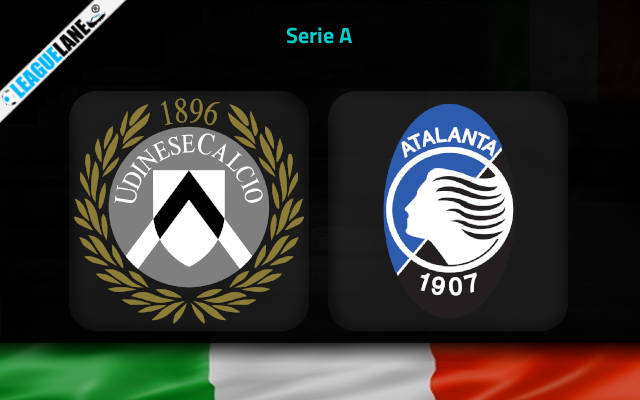 Not many would have thought that Udinese would be just a single point away from reaching the top of the table this season. They will face Atalanta who are just behind them in the league. Both these teams are in excellent form recently.

Looking at the recent form in Serie A the host have the best form. They are on a five-game winning streak. Moreover, they have only lost a single game this season.

In their last league outing, they defeated Verona by 2-1. It was Jaka Bijol who scored the winning goal in the last minute of the game. Following this result the team is at the third position on the table.

Also, they have scored twelve goals in their last four league outings. This shows that team is very sharp in front of the goal this season.

On the other hand, the visitors are the best defensive team in Serie A this campaign. They have only conceded three goals so far. The team have the same number of points as league leaders Napoli.

In their most recent outing, they faced Fiorentina. It was a narrow 1-0 victory for Atalanta side. Ademola Lookman was the only goalscorer in that game.

However, it needs to be noted that the team have won by a narrow 1-0 margin in their last two consecutive league outings.

The visitors have a good opportunity to overtake leaders Napoli if they manage to beat Udinese. However, it will be a difficult task as the host are in great form.

Moreover, the visitors are yet to lose a single game this season. They share this record with only Napoli in Serie A this season. Furthermore, it is worth knowing that they have conceded only two-goals in their last five league outings.

Our prediction is that Over 3.5 goals will be scored – the odd for this tip will be at 3.20. In the most recent head-to-head encounters, the visitors won the game by a scoreline of 6-2.

Our next tip for this game is that Atalanta will win – the odd for this tip will be at 2.75. At Dacia Arena the visitors are unbeaten since 2017.