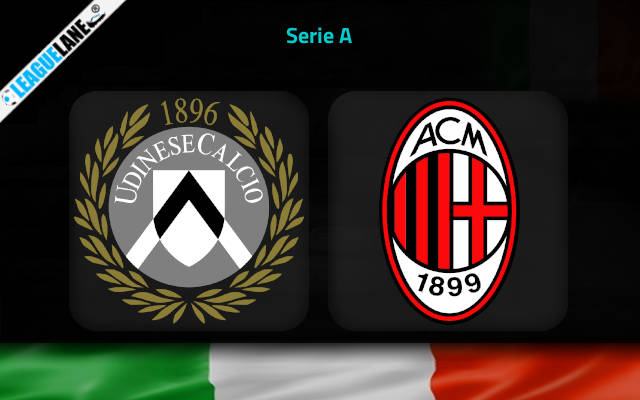 AC Milan have been anything but impressive in the last several weeks. They have conceded three or more goals in two of the last four league outings. Knowing that Udinese scored five and shipped seven goals in the last two league matches, backing goals seems to be the smartest call from the betting perspective here.

Udinese decided to part ways with Luca Gotti after a tough 3-1 defeat at Empoli on Monday night.

The teams are now winless in four straight Serie A outings. They have won no more than three matches since the beginning of the season.

From this perspective, it is easy to understand why the board moved on towards a different managerial solution.

For now, Udinese will be led by caretaker manager Gabriele Cioffi. The Italian coach will make his debut on the bench on Saturday evening when his new team play host to league leaders AC Milan.

Playing the table-toppers is never an easy game, but Udinese have some reasons to hope for the best going into this tie.

First of all, AC Milan suffered an unpleasant 1-2 home defeat to Liverpool who were without at least eight of their starting eleven players on Tuesday night at Stadio Giuseppe Meazza.

Moving forward, AC Milan won only two of the last five league affairs. These victories came against the bottom two teams in the competition in the last two rounds.

Udinese have lost only two of eight home fixtures this term. They have been easy to break down of late indeed but could we see a new manager bounce against non-inspiring AC Milan side here?

Tips for Udinese vs AC Milan