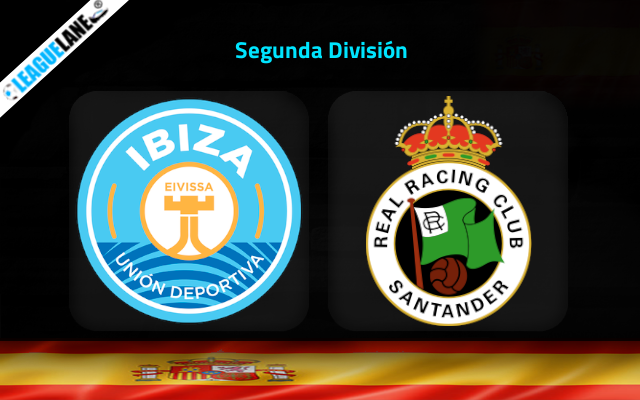 UD Ibiza vs Racing Santander Predictions and Free Tips from our expert tipsters when the teams go head-to-head in the Spain Segunda Division on Thursday, 8 December 2022.

UD Ibiza is currently the worst team in LaLiga 2. They are at the bottom of the table with just three wins since the beginning of this season.

Meanwhile, Racing Santander is currently at the verge of the relegation picture. They too have nothing to highlight rather than four victories, but will have a slight edge going into this game.

These two teams are yet to lock horns.

While Santander have lost their last three league matches, UD Ibiza are on a losing streak in their last nine.

Who will win the match between UD Ibiza vs Racing Santander?

Both the teams are currently going through a losing streak. But we can’t expect anything special from UD Ibiza who have not been able to win in the last five games even at their home stadium.

On the other hand, Racing Santander being the counterparts who have evaded a defeat in four of the past five road trips affects the chances of the home side to seal a victory here.

Racing Santander have a great defense. Likewise, goals have been under 2.5 in four of the last five away matches they have been involved in.

At the same time, the home side has seen a trend of under 2.5 goals in the last three matches played at home. In addition, they have managed to score just four goals in their last 10 league games.

Based on the current goal trend of the home team, the chances of the landing of both teams to score option are very low. A good defensive line owned by the guests strengthens the statement.

The first bet we like to place is that Racing Santander will get a clean sheet win.

As the second bet we like to back under 2.5 goals & both teams to score no.