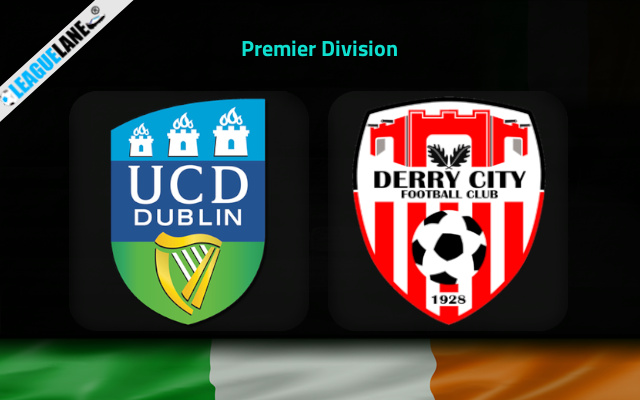 UC Dublin were promoted to the top flight at the end of the last season, and it was expected that they would struggle to keep up with the intensity of the Premier Division.

Making the prediction true, they are now placed bottom-most in the table, and have already been deemed as the worst team in the competition.

Meanwhile, Derry City are placed at the top of the table, with a lead of two points. And now they have the opportunity to extend that lead, as they are pitted against the weakest of the lot.

Dublin just lost 4-2 on the road the last match-day, against Drogheda. They are also totally winless this season in the Premier Division, and their latest win at home had come back in October.

On the other hand, Derry are on a long unbeaten streak – which extends back more than four months. They had kept clean sheets in their last two matches, and they had scored two or more goals in four of their past six fixtures.

Do also note that they had lost just thrice on the road since July of 2021.

Taking into account these observations, expect a win for Derry City this weekend.

Tips for UCD vs Derry City