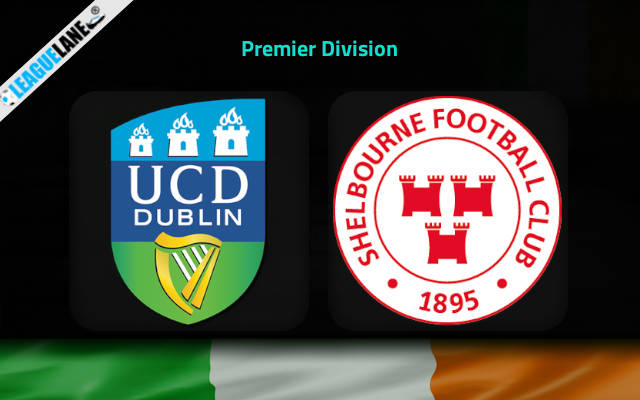 Round 25 of Irish Premier Division is set for this weekend as the relegation fighting UC Dublin play host to Shelbourne, where both these sides differ by 16 points. These two teams will be seen battling it out at UCD Bowl, this Friday.

Shelbourne is at the 7th spot on the standing with 28 points from 22 games. They won 8 times in the league while drew on 4 and lost on 10 other occasions. Things have not been going that well in front of goal for them recently, with the side failing to score in 3 of the last 5 games.

The visitors will go into this meeting following on from a 3-1 Premier Division win to defeat Finn Harps in their previous game. During their 6 most recent matches, Damien Duff’s men have turned their attacks into goals a total of 6 times, earning them a goals per game average of one.

On the other hand, UC Dublin resides at the rock bottom closing the 10th position on the table with a mere 12 points. Of the 23 matches played, they won only twice in the league while having drawn 6 times and have lost on 15 other occasions. Their total goals to conceding ratio stands at 15:47 which is the worst in Premier Division, showcasing their dreadful lineup.

The hosts are hoping to win again following a 0-2 league victory over Sligo Rovers. UCD have seen their defense breached in 5 of their previous 6 matches, giving up 10 goals along the way.

Shelbourne haven’t been defeated by UCD when having played them away from home in the previous 3 league games. Even though they come here on the back of 3 straight away defeats, they still remain unbeaten in 6 of their last 11 away league fixtures.

Meanwhile, UCD has never won at home so far this season, registering 5 draws and 6 losses. Moreover, their last 2 h2hs at UCD Bowl ended on goal-less draws.

Considering their previous h2h stats and current form, we feel that an away win or draw will likely happen.