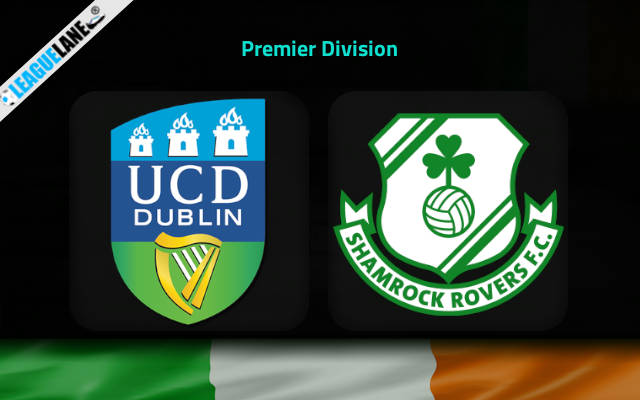 UC Dublin has got their first win of the season in their last match against Finn Harps. UCD scored their goal in the last-minutes, making it difficult for Finn Harps to score an equalizer. The match ended with 0-1 FT score.

UC Dublin has played poorly in their matches this season. From the last ten matches, the team has got one win, three draws and six losses. Their poor performance has placed the team dead last on the league table, with only eight points from their matches.

Shamrock Rovers have played well in their matches throughout the season. They are unbeaten in the last twelve matches and have lost in only two of their matches so far. Their strong form has secured the team the first position on the league table with 36 points from their matches. They are four points ahead of the second positioned team, Derry City, as well.

Shamrock Rovers have added another win to their tally after their last match against Derry City. Rovers scored the only goal of the match in the 79’ minute and maintained the lead for the rest of the match, ending the match with 1-0 FT score.

UCD has not had a single win in their home matches this season. From the seven home matches played this season, UCD has failed to score in four of them as well. With the draw against Sligo Rovers in their last away match, Shamrock Rovers win streak in their away matches ended. They are unbeaten in the last five away matches as well.

Shamrock Rovers have scored over 2.5 goals consecutively in their last three h2h’s. With the current form the team keeps, we can expect similar results in this match as well. We can also expect the match to end with a clean sheet for Rovers as well.