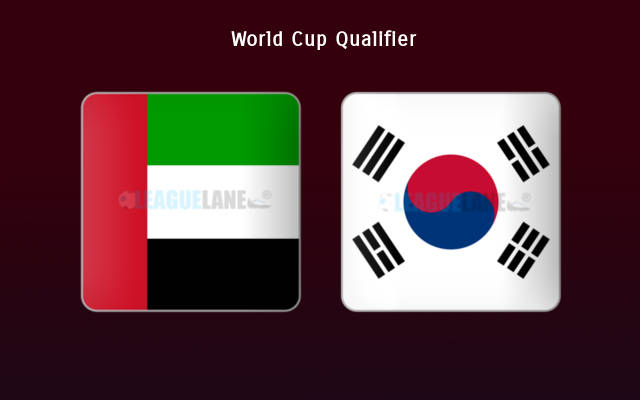 South Korea have already qualified for the 2022 Qatar World Cup. They sits at the top of the table by recording unbeaten displays since the beginning of this qualification stage. They are yet to record a defeat and will be highly motivated to not when they meet UAE in their final fixture at Al Maktoum Stadium on Tuesday afternoon.

South Korea owns a strong offensive and defensive side. The support of such a goal scoring and preventing lineup will help them to enter the World Cup with highest of spirits. However, this match won’t be affecting their spirits. Also, the result of this match will not count for them as they are well cleared at the top of Group A.

We have more than enough reasons to back South Korea to seal a win here. They have won seven of their total 9 qualification fixtures. Also, we can see them scoring two or more goals in many of those fixtures.

On the other side, UAE conceded a defeat in four of the past 5 fixtures across all competitions. Knowing that, we are backing South Korea to deliver a positive display at Al Maktoum Stadium on Tuesday.