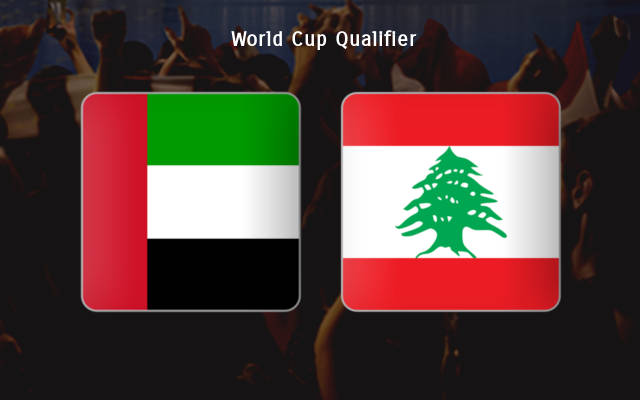 The United Arab Emirates will be looking forward to face the real test in round 3 of the World Cup qualifiers as Lebanon visit their deserted shores to fulfil the fixture at hand.

UAE will be coming into this fixture on the back of 4 consecutive wins in round 2, including a 5-1 victory against Jordan in an international friendly.

In round 2, they have scored a total of 15 goals and conceded just 3. Their attacking numbers in front of goal has been very good in round two as they will be looking to take confidence from their performances in those games and build from where they left off before round 3 of the World Cup qualifiers.

At the same time, it has to be noted that this time, in round 3, the opponents are much stronger and hence, we will get to see the negative aspects to UAE’s game. They have a very tough task to qualify.

On the other hand, Lebanon are a much better side overall even if the results show a different story.

The away side have lost their previous two fixtures in round 2 and they will be looking to get off to a strong start against this UAE side that is similar to what Lebanon have on display.

Their previous loss came against South Korea in which Hassan Ali Saad scored in the 12th minute before a comeback win from South Korea.

The bookies highly back the home team to win in this fixture, but we see that the game will be a tight and evenly contest as both these teams will be aiming for a point to start of their qualifiers.

Hence, we see that both teams are going to score with the odds placed at 3.00 which will be achieved considering the approach that both these sides will take.

Consequently, we see that Lebanon will take a draw from this game as they will make it difficult for UAE to break them down. Hence, our tip would be Double chance: Lebanon whose odds are at 4.33.