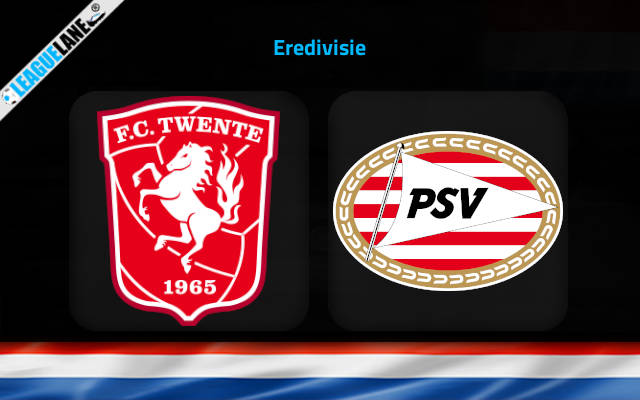 PSV Eindhoven will face their first serious test in the 2022/23 Eredivisie campaign on Saturday afternoon when they travel to Enschede to battle Twente at De Grolsch Veste.

Twente have lost only 2 of 17 league outings in their own backyard last season in Eredivisie and they got off to a decent start to the new campaign as well.

The team led by Ron Jans won the opening two games of the new campaign before dropping the ball last weekend at Volendam, losing 1-0 on the occasion.

Twente were a far better team in the match against Volendam, taking 10 corners and registering 20 shots. However, the on-pitch dominance counted for little as Zeefuik’s late goal made the difference in their rivals’ favor.

PSV Eindhoven are enjoying a brutal form at the beginning of the new season in the domestic league. They have bagged 15 goals in the inaugural three rounds and are yet to slip up this term.

Ruud van Nistelrooy’s men, however, did make a mistake at the last hurdle of the UEFA Champions League qualifications since the 0-1 home defeat to last season’s Europa League finalists Rangers knocked them out of the elite continental competition.

Nevertheless, PSV Eindhoven went on to bounce back from the Champions League failure by netting six goals past Excelsior on the road last Sunday.

If we count the UEFA Europa Conference League qualifications, Twente were on a run of three successive games without a win. They have scored just one goal in the process (a 1-2 elimination to Italian Serie A side Fiorentina in the playoffs).

PSV Eindhoven have more quality in their ranks and they will be highly motivated to get the win here after slipping up in the Champions League playoffs. The away win is paid at the 1.83 odds.