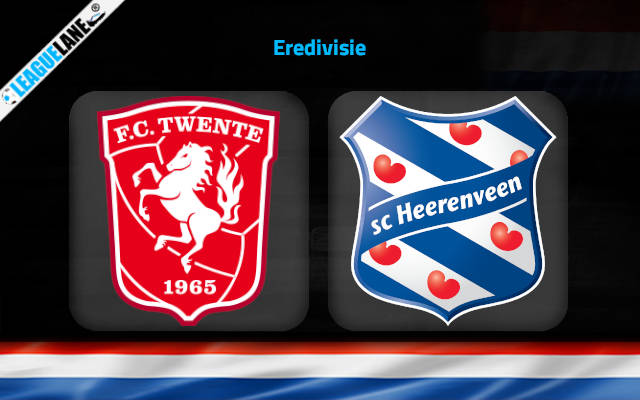 Twente will head into the fixture with immense momentum on their side as their previous loss came in October.

Heerenveen are in pretty solid form as well as they have just suffered one loss in the last two months.

De Grolsch Veste will witness the clash between these two clubs in an Eredivisie fixture this Saturday.

The Tukkers in their most recent fixture conceded the equalizer in the 95th minute against Utrecht away from home and had to settle for a point as the match ended 1-1.

This was the first time they dropped points in five fixtures. The club now sits 6th in the league and is just a point shy of 4th place Vitesse.

De Superfriezen suffered a loss on the last matchday as they conceded three goals against Feyenoord at home not being able to respond with a goal.

This was the club’s first loss since October. Gaining eight points from the last five league games the club is 10th in the league table, eight points behind their opponents for Saturday.

The visitors have dropped points twice in their previous four fixtures away from home. While that might not be the worst of things for a football club, it certainly is not enough to fetch you a win against a club that is undefeated in eight matches. Hence I have backed the home side to take all three points from this fixture.

Ricky van Wolfswinkel has scored the 4th most goals in the Eredivisie this season. With eleven goal contributions in seventeen appearances in the league this season, the 32-year old Dutchman is my pick to score anytime in the fixture.