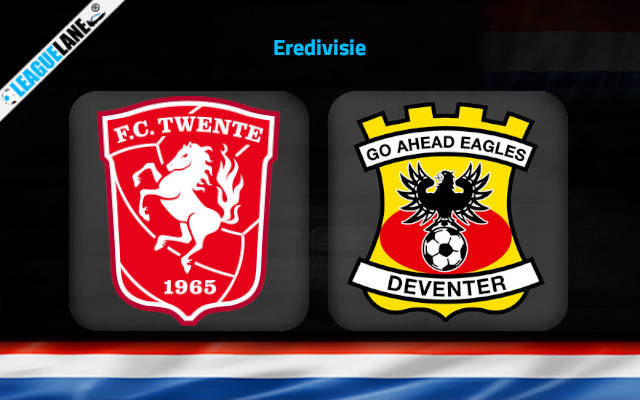 Twente will be looking to maintain their perfect home record in this term of Eredivisie on Sunday afternoon when they host Go Ahead Eagles in Gameweek No 13.

The team led by Ron Jans are impeccable at De Grolsch Veste this season. They have won all six league games in their own backyard with a whopping goal difference of 18-1 in the process.

Twente climbed to fourth place in the Eredivisie standings after an easy 3-0 win in a straightforward affair against RKC Waalwijk seven days ago.

Sem Steijn starred with a brace, while Ricky van Wolfswinkel added one allowed and one disallowed goal on the occasion.

Twente generally own the best defensive record in the competition with seven goals shipped in twelve matches so far in the season.

They are now up against attacking-minded Go Ahead Eagles and will face a tough challenge in an attempt to keep things quiet at the back on Sunday.

Nevertheless, Twente’s attacking options should have plenty of room to feast here since the Eagles have conceded three goals away at NEC in the previous away match.

Go Ahead Eagles are unbeaten in the last eight outings in all competitions and it will be very interesting to see whether they can cause some damage here as massive underdogs against in-form Twente.

Twente vs Go Ahead Eagles Head-to-head

Twente vs Go Ahead Eagles Prediction

We see great value in backing Twente to win & Both Teams To Score pick at the 3.00 odds knowing that both teams bagged at least a goal in four of the previous five head to head encounters.

We also like the 1.95 odds offered for in-form Ricky van Wolfswinkel to score anytime for the hosts on Sunday.