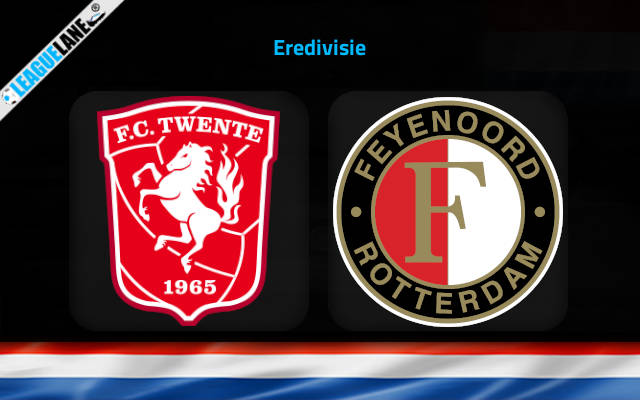 Twente are in sixth place and their recent form has been decent as they come into this game having won two games in a row. Last weekend Twente won their sixth game of the season as they beat Sparta Rotterdam 1-0.

At home Twente have won 50% of their games and their last game at home was a win over Heracles. Victory at the weekend could put Twente up to 4th place at least depending of course on other results just above them.

Feyenoord are in 3rd place and are 5 points above their hosts. The club have shown the best form in the league over the past month and come into this match having won their last 4 fixtures in a row. Last weekend they beat Zwolle thrashing them 4-0.

Away form has been solid too and Feyenoord has the 3rd best away form in the league. They have won 3 of their last four games on the road and have won 4 of their six games so far and are yet to draw. The club could, in theory, go into 1st place if they win here but they would need unlikely results which would see Ajax and PSV both lose and that looks slim however if PSV slip up 2nd position is on the cards..

Twente vs Feyenoord: Head to Head

Let’s not ignore one telling stat which is to see both teams to score, it has repeated on many occasions and is worth inclusion here.

This will be a much closer game than pundits will have predicted and Twente can keep the scores close. Feyenoord are the odds on favourites though there is some value to be had and we can’t deny how brilliant their form has been in the league so far.

But let’s take the half time market as our main choice here, there is value because this is a game that probably will not open up until the second half.