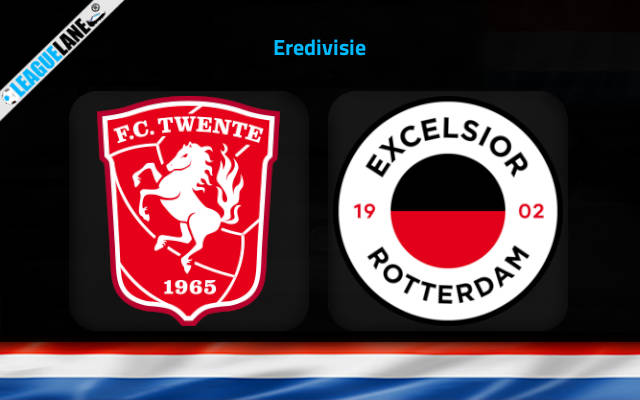 Both Twente and Excelsior ended up their winning streak in the previous round by conceding a defeat. The outfits will be determined to have their streak back when they battle in an Eredivisie fixture on Wednesday at De Grolsch Veste.

Twente conceded a 1-0 defeat against FC Volendam after sealing a couple of positive outcomes from the opening two fixtures.

Going on, the team conceded only one goal in the previous three league outings. Dutch head coach Jans can be thrilled with the performances of his men’s defensive line at the start of the season.

On the other side, Excelsior conceded a defeat which nullified the previous two victories recorded by them at the start of the season. They lost to PSV leaking six goals in full-time.

The six goal defeat in the previous game changed their goal difference from plus four to negative one. Their offensive potential are displayed in all the three and at the moment, it’s the defensive line in which the team’s major problem lies.

By the looks of things, anticipate a both teams scoring interesting encounter on Wednesday.

The Reds are on an eight-game unbeaten run at home and had won five in the process. In fact, they have only lost just thrice at this venue since August of 2021.

On the other hand, Excelsior have only won once in the past four away fixtures. They lost three of the past four on the road affairs and leaked two or more goals in each of them.

The bookmakers see the hosts as pretty big favorites for the win, pricing them at just 1.28 Odds. By the looks of things, we also expect a win for Twente as this match is a great chance for the hosts to return back to the winning ways.